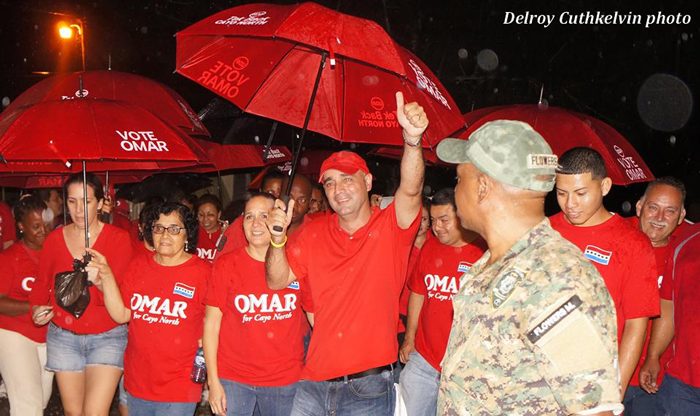 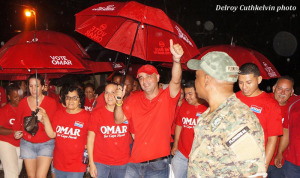 According to the official statistics published by the Election and Boundaries Department, a total of four thousand and twelve votes were cast yesterday.

His opponent Richard Harrison got one thousand, three hundred and forty eight votes.

Fifty one of the ballots were rejected.

Speaking with reporters following the official announcement of the final figures, Figueroa said it is a great feeling to emerge victorious noting that there was never any doubt about the outcome, but that it was just the numbers.

A further breakdown of the figures from the bye-election shows that of the total of six thousand, five hundred and ninety eight registered voters, only 60.81% voted.

Figueroa received 66.40% of the votes cast, while Harrison received half that amount with 33.60%.

Figueroa says, as the numbers clearly attest, that “the people of Cayo North have spoken and they have spoken loud and clear.” 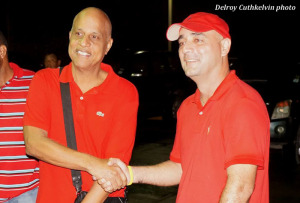 For his part, Prime Minister Dean Barrow who stayed until the official figures were announced, told reporters that Monday’s victory in the bye-election “is a great momentum builder” as the UDP now focuses attention on the March 4 Municipal Elections.

Prime Minister Barrow says that the resounding victory for Figueroa means that the people of Belize are happy with the performance of the United Democratic Party government and at the same time that they are unhappy with the PUP.

Still, Mr. Barrow says that while savoring the victory, the UDP must remain focus.

“We cannot rest on our laurels,” said Barrow.

With loud cheers from ecstatic UDP supporters, the Prime Minister said that work must begin in earnest now to secure victory for the party in the upcoming Municipal Elections.

“We cannot become complacent. We cannot appear to be boastful. One election at a time. We must savor the victory but we must tomorrow begin to work towards winning again and as handsomely in the Municipal Elections,”  said the Prime Minister.

Omar Figueroa will be sworn in as the Cayo North area representative shortly and will take his seat in the House of Representatives its next sitting.