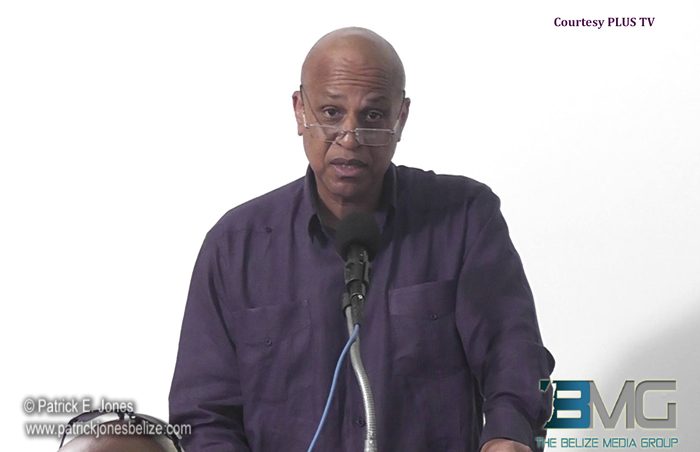 Thursday, January 8, 2015. AARON HUMES Reporting: Prime Minister Dean Barrow says that despite the Government’s best efforts, the refusal of Belize Sugar Industries Limited/American Sugar Refining (BSI/ASR) to open its doors to cane farmers without a valid commercial agreement could lead to a split between farmers in the Belize Sugar Cane Farmers Association (BSCFA), who appear hopelessly divided over accepting the agreement currently on the table.

Officially, the BSCFA’s membership has rejected the current terms and sent negotiators back to square one, demanding that they join canero Lucilo Teck’s motion for writ of mandamus to be heard in the Supreme Court tomorrow, Friday, demanding that the Sugar Industry Control Board (SICB) set a date for the start of crop over BSI/ASR’s objections.

The Prime Minister stated that Government has consistently stood with the BSCFA and the interests of farmers, mentioning removal of duty from fuel and waiver of license fees, upgrades to sugar roads, the $10 million payment to BSI to bail them out of a financial jam a few years ago, and moving BSI/ASR towards compromising on the issue of bagasse.

But it is all at risk and the BSCFA’s existence may very well be in question because for some time now divisions in the BSCFA have been evident and the current issue of the agreement and the crop has only made matters worse. The Corozal division has met to discuss splitting completely and register as a separate association and other branches have likewise expressed this same notion, including former chair of the Committee of Management Arturo Hernandez, leader of a large section of cane farmers from the largest branch, San Estevan.

Hernandez wrote to Deputy Prime Minister Gaspar Vega asking his support for splitting away from the BSCFA and signing the agreement.

PM Barrow says GOB will wait and see if the members proposing to establish a new association will have the numbers to produce the required minimum tons, ruling out calling a House meeting on Monday to pass the required amendments to the Sugar Act which would allow multiple associations to exist.

Government, according to the Prime Minister, is encouraging these moves to have a cane crop, citing the courts’ order in 2010 allowing such, and said and that government is prepared to amend the act if there is a new cane farmers association, so as to comply with the court’s order.

Prime Minister Barrow rejects any idea that government can force BSI/ASR to open its factories and if government was to do so it would result in ASR leaving the country.