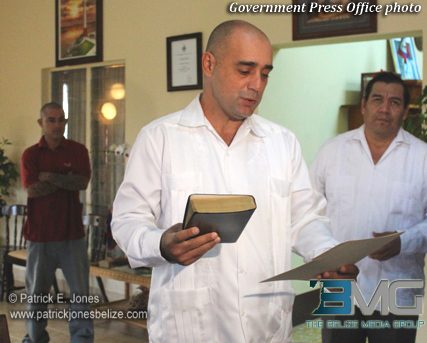 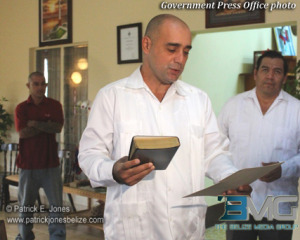 Monday, January 12, 2015. PATRICK E. JONES Reporting: A ceremony was held this morning at Belize House in Belmopan for the swearing in of Cayo North area representative Omar Figueroa as a Minister of State by Governor General Sir Colville Young.

Witnessing the swearing in was Figueroa’s family, friends and supporters. 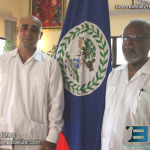 Figueroa has been posted as a junior minister to the Office of the Prime Minister.

Omar Figueroa will take the oath of office as a member of the House of Representatives when the lower house of parliament meets in its next regular session in Belmopan.