Body of a man recovered in Corozal 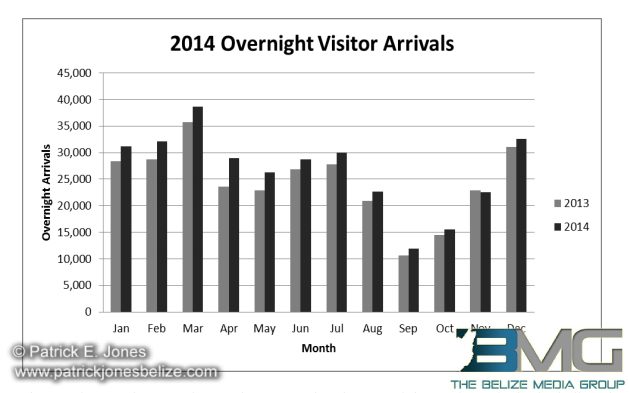 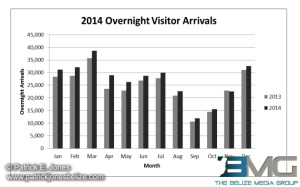 Tuesday, January 13, 2015. AARON HUMES Reporting: More than 1.2 million persons visited Belize in 2014, according to the Belize Tourism Board (BTB) which released its end-of-year statistics for tourism arrivals.

Over 320,000 of those persons were overnight visitors, sending Belize past the 300,000 mark for the first time.

Cruise ship arrivals totaled 968,131, but the best-performing months were outside the “high season” of December to May, with June and July seeing double increases over 2013.

November was the worst performing month in terms of arrivals on the heels of the Ebola scare seen in October.

However, despite a rash of ship cancellations due to poor weather in November and December more than 200,000 were recorded visiting Belize.

The bulk of overnight and airport arrivals took place in March and April.

The BTB also marked other achievements including several awards from Scuba Magazine and TripAdvisor for properties in Belize, while Ambergris Caye remains the number one island in the world.

New airline routes to Belize include United from Chicago, Delta from Atlanta, and Southwest Airlines from Houston.