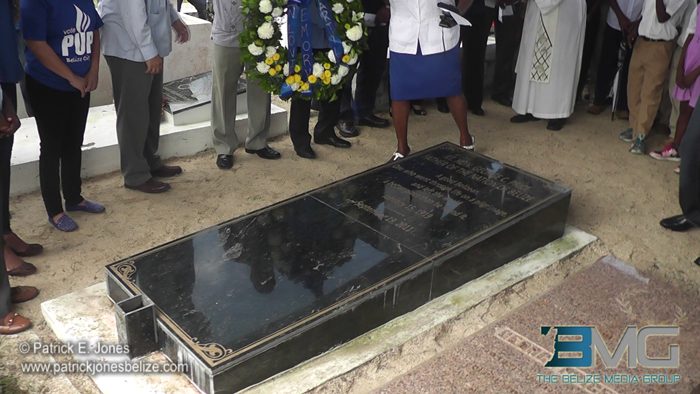 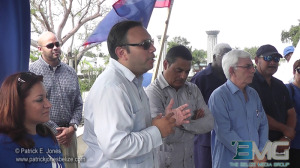 Thursday, January 15, 2015. AARON HUMES Reporting: It has become an annual tradition for the People’s United Party (PUP) to honor and recognize the legacy and contribution to Belize’s development of National Hero and Father of the Nation of Belize, the Right Honourable George Price.

This is usually done both on his birthday, January 15, and National Service Day, observed on the date of his death, September 19. 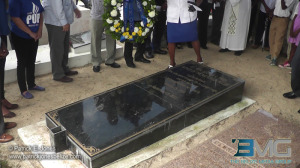 It is now up to the current generation to make his commitment real and lasting, he said.

Former Prime Minister Rt. Hon. Said Musa said the current state of affairs is marked by Government’s lack of attention to key sectors and a growing inequality and appearance of social ills but opined that his colleague and current leader Francis Fonseca would stay true to Mr. Price’s vision for growth and development.

Fonseca for his part reiterated that Belizeans need to relearn the lesson of constant and faithful service and unity of the nation that Mr. Price epitomized.

Rt. Hon. Price shared his birthday with Dr. Martin Luther King Jr., the famed civil rights reformer and preacher whose legacy is honored with a national holiday next Monday in the U.S. The PUP has pledged to do the same in memory of Rt. Hon. Price in their next administration.