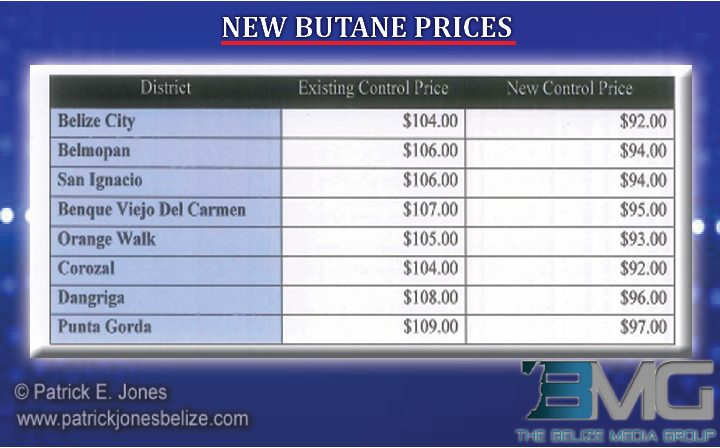 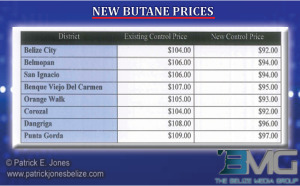 A press release from the Ministry of Trade announced that effective January 17, the new price structure will see Belizean consumers paying $12 less to purchase a one hundred pound cylinder of butane imported from Mexico and sold locally by Belize Gas Limited and Western Gas Company Limited. 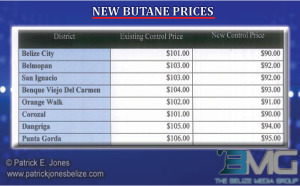 For butane imported from within Central America and sold locally by Belize Western Energy Limited, Southern Choice Butane or Zeta Gas and Gas Tomza the price per one hundred pound tank is as follows:  $90 in Belize City and Corozal; $92 in San Ignacio and Belmopan; $91 in Orange Walk; $94 in Dangriga and $95 in Punta Gorda town.

The official release says that the prices established for imported butane are based on a mixture of 60-40 propane-butane from Mexico and 90-10 propane to butane from Central America.

The government release says that production boom in North America is responsible for the fall in butane prices.

Under the new price structure, locally produced butane gas sold by Belize Natural Energy (BNE) is now more expensive than the imported supply in markets where it is available to consumers.