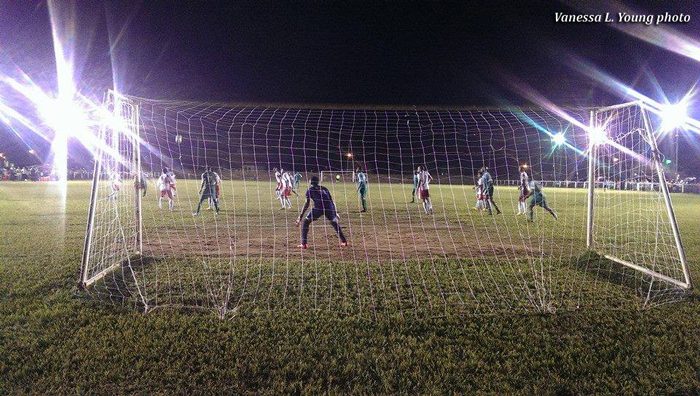 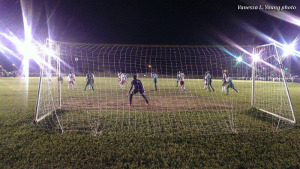 Saturday, January 17, 2015. GWEN NUNEZ GONZALEZ Reporting: The packed Football Stadium in Belmopan was a testament to the love of the game called Football in Belize.

The occasion was the championship game of the Premier League of Belize (PLB) Football Competition, played tonight, Saturday, January 17.

Fans for Police United Football Team and Belmopan Bandits brought life to the stadium and energy to the players as each fan had his/her say.

In the end it was not about the noise and argument nor the bet.

It was about the goals. Yes, goals bring victory; and in the case of the Bandits, they scored four big ones to claim the title.

Bandits confused the police team after the second goal that was scored by one of Belize’s Star Players, Elroy Kuylen, who has been with the Bandits for 3 years and expressed his joy as a goal scorer stating that his goal was a relief to his team because one goal is not safe in this competition.

This goal, he said, also confused the Police United Team.

The first was a penalty kick by Woodrow West, our champion Goal Keeper. 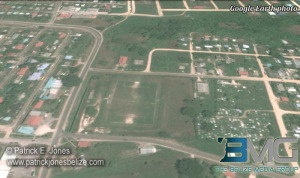 Without expecting bam another goal came skilfully from Jordy Polanco and Denrick Casey finished the Police United hopes with a fourth goal.

What an uproar it was at the stadium.

Bandits came to win the trophy and that message was loud and clear from the first whistle of Referee Ifan Basdemir.

The players played with a mission. Police tried to equalize but tonight was not their night for victory.

Bandits had their victory shirt ready and it had 3-Peat, how accurate.

Since it was the final game for the opening season trophies and medals were distributed to the first and second place teams
along with special awards.

The best goal went to Kevin Gamboa from Belize Defense Force Team since he had the least number of goals scored against him; Best Management went to Verdes Football Team; Best Defense is Dalton Eiley from Bandits; Best Mid Field Player for the season is Jordy Polanco from Bandits; Most Goal Scorer trophy went to Harrison “Kafu” Roches; Most Valuable Player is Jamir Pacheco.

The well- played- out game was officiated by Ifan Basdemir as main referee assisted by Recardo Ake, Abnor Alvarez and Christopher Reid.

According to Mr. Umaña, who schedules the games for PLB, the closing season begins January 31st.