Protest in support of cane farmers planned for Monday in Belmopan 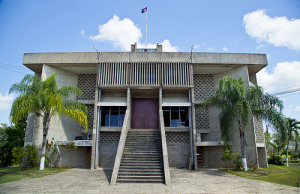 Saturday, January 17, 2015. BMG: The House of Representatives will meet in special session in Belmopan on Monday.

But parliamentarians will have company on Independence Hill as a call went out today via a press release for Belizeans to come out for a protest in front of the National Assembly.

According to the press release, the protest is being called to denounce “the high-handed, oppressive and disrespectful nature with which the cane farmers are being treated.”

Under the heading of “stand up and denounce the oppression of cane farmers,” the organizers of the protest note that only a few brave ones may come and stand against the recent strong-arm tactics used against the Belize Cane Farmers Association and the 5,350 can farmers registered under its name.”

The release says that “no one will be paid to come out” but explains that car pooling could be arranged for persons wanting to take part in the protest.

It further adds that “some of the farmers are cowering and fear the reprisals if they stand up and this is the message and attitude being transmitted by the leadership,” of the BSCFA and its Committee of Management. 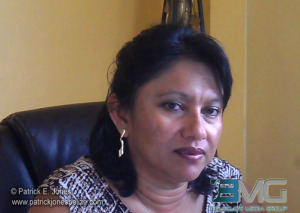 So who is being asked to show up for Monday’s protest?

According to the press release “if you are one who understands and appreciates the plight of the cane farmers and wish to stand with the few that will never surrender to the whip of the Oppressors –ASR/BSI, the Sugar Industry Control Board and the government of Belize” then the invitation is directed to join the picket line on Monday.

Audrey Matura Shepherd who is one of the organizers of Monday’s protest says that “your presence should be as a result of your pure will and desire for justice.”