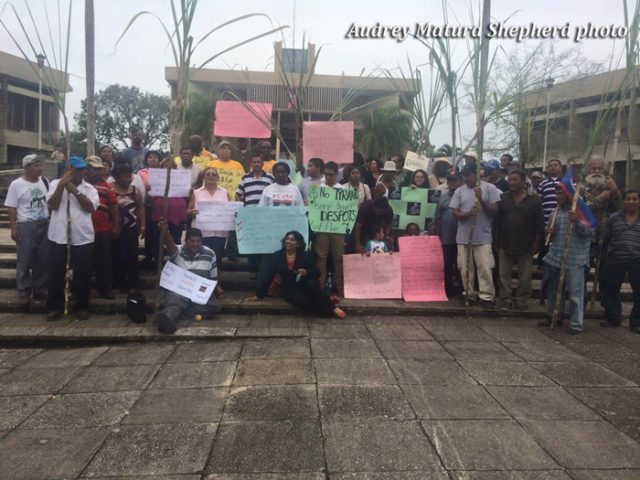 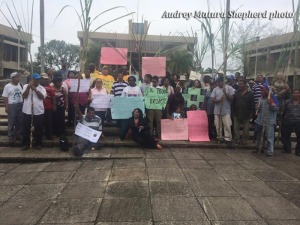 Monday, January 19, 2015. BMG: While the House of Representatives was meeting today inside the National Assembly building, outside, a handful of people were holding a protest.

About five dozen caneros and their supporters marched around the National Assembly Building carrying placards and pieces of sugar cane. 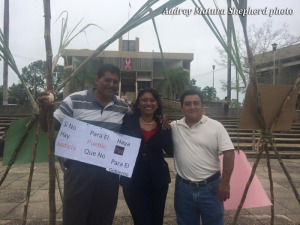 At a general membership meeting on Sunday, the members of the Belize Sugar Cane Farmers Association voted to authorized the BSCFA to proceed with signing the commercial agreement with BSI/ASR, which, as was announced by the Deputy Prime Minister was done this morning.