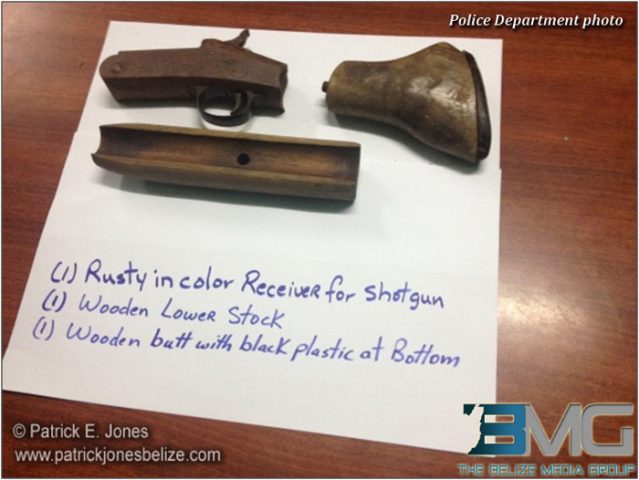 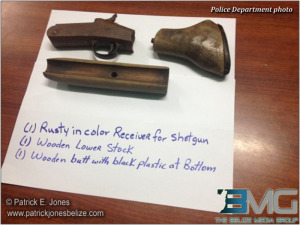 Monday, January 19, 2015. AARON HUMES Reporting: A firearm does not have to be whole to be considered a firearm under the laws of Belize. 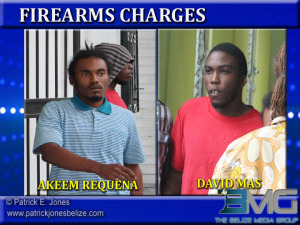 And that is the reason why two young men are in Belize Central Prison at Hattieville tonight.

21 year old Akeem Requena and 19 year old David Mas are accused of keeping component parts of a firearm, a charge to which they pleaded not guilty before Senior Magistrate Sharon Frazer in court today.

For purposes of context we refer to the Firearms Act, Chapter 143 of the Substantive Laws of Belize which defines a firearm as, quote,  ” any weapon or other thing of any description from which any shot, bullet or other missile can be discharged and includes any component part of any such weapon or other thing and any accessory to any such weapon or thing designed or adapted to diminish the noise or flash caused by firing the weapon or thing, but does not include a toy gun or a toy pistol.”

Members of the Gang Suppression Unit were on Gibnut Street around 9 o’clock last night when they saw the two walking and acting suspiciously in their view.

Upon conducting a search on Requena they found a rusty receiver, the lower stock of a shotgun, with no visible serial number, while on Mas they found a gun butt with plastic which are component parts of a shotgun.

The court remanded the pair until their next appearance on March 18.