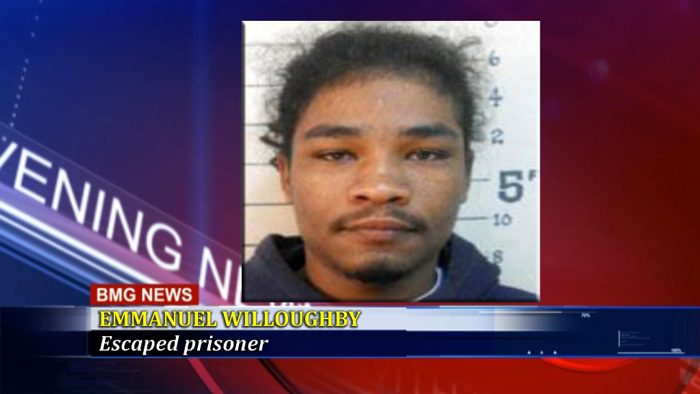 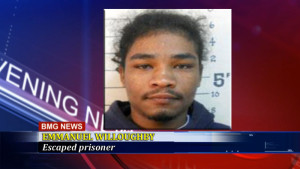 Thursday, January 22, 2015. BMG: There was an armed robbery this morning in San Ignacio town.

According to reports, the incident happened around eight o’clock this morning when a lone gunman targeted a business establishment on Buena Vista Street.

According to reports, the proprietor of New Yang Store, had just opened for business this morning when a gunman pounced on the female owner.

Indications are that the woman’s husband who was upstairs of the establishment, came to her rescue and there was reportedly an exchange of gunfire with the perpetrator.

The armed robber is believed to be this man, escaped prisoner Emmanuel Willoughby, who is also known as Mangar.

Willoughby escaped from the Belize Central Prison in Hattieville late last year, and reports are that he has been preying upon residents of the Santiago Juan Layout area of San Ignacio town.

This morning’s incident could have had a much more terrible outcome as there were many school children in the area at the time heading to classes when the armed robbery was unfolding.

There was a quick response by San Ignacio police; but not before the gunman managed to escape in some nearby bushes just off the Bullet Tree Road.

Late this evening, officers of the San Ignacio police were still in the area of Branch Mouth where Willoughby was reported seen across the river.

Authorities consider Willoughby to be armed and dangerous and caution should be exercised.

If you see the suspect, you are asked to call the police hotline at 911.