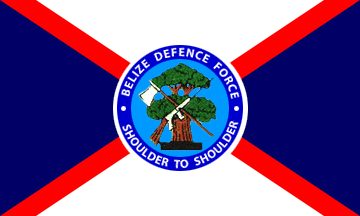 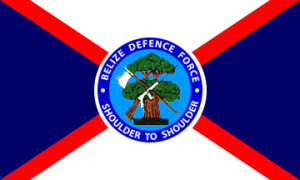 The ammunition was being used by visiting American forces in training and was kept separate from the BDF’s own cache of weapons and ammunition, which has been raided twice in the last decade.

However, an investigation has begun into who was responsible for breaching the secure bay and removing the items sometime between December 7, when the last major check was conducted, and 1:30 in the morning of January 23, when the theft was discovered.

Armed patrols are expected to conduct inspections of the compound at 30-minute intervals every day, but access to the ammunition can go as high as the rank of captain.

Lt. Col. Shepherd told reporters that the policies and systems in place for protection of the ammunition were “breached systematically,” and indicated that the theft may be an “inside job” by several persons who it is believed intended to sell the material to “underworld figures.”

He stated that the BDF must now go to work to determine who was responsible and rebuild the trust and confidence of the public that this kind of incident does not happen again. He estimated the value of any potential sale to be as much as US$10,000.

The BDF previously lost 42 guns from the Price Barracks compound in October of 2011 which led to the dismissal of Lieutenant Colonel Javier Castellanos, BDF deputy commander, from his post.

That cache included seven working M4 carbines and eleven working 9mm pistols, none of which were recovered.

In January of 2010 a M4 carbine was stolen from the BDF compound and turned up in the possession of accused drug trafficker Gary Seawell in Esperanza, Cayo, while a few days later an M-16 rifle was taken from two soldiers and a policeman on duty in Belize City who were literally “sleeping on the job.”

In 2008, 2 BDF soldiers were charged for the theft of one thousand three hundred and forty rounds of 5.56 ammunition but ended up beating the charges.

And in May 2004, twenty-four of the L109A1 batch of British grenades were stolen from BATSUB, of which a few were recovered and some others detonated.