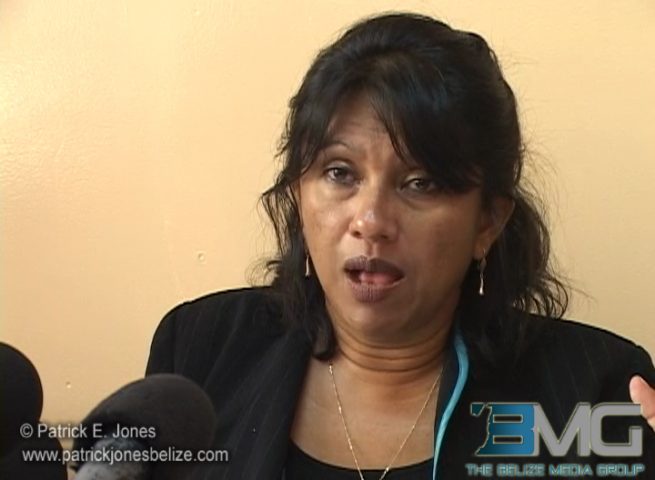 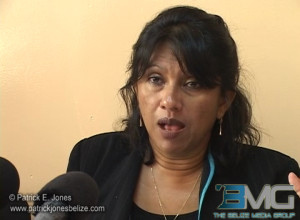 Tuesday, January 27, 2015. AARON HUMES Reporting: Payday for workers of the Social Security Board (SSB) is this coming Friday, January 30, but by the standards of the institution that is four days late.

Only a handful of the 300 employees have been paid – those attached to CIBC First Caribbean Bank.

The issue is the SSB’s plan to implement a transitional increment en route to a full increment system to replace the bonus system employed by the organization.

The Christian Workers’ Union (CWU), which represents non-management employees of the SSB, has complained that it and its workers have not been fully consulted and the SSB’s move is unilateral.

At a press briefing today CWU President Audrey Matura-Shepherd explained that the delay and the employers’ decision hurt the workers, whose expectations were that they would be paid on time despite management’s differences with the Union.

The SSB withheld a majority of the workers’ salaries based on the error of including the transitional increment without consultation with the Union and appears to be blaming the Union for it.

The Union met with members of the Belize City branch over the weekend and has yet to take a full position on whether to accept the increment proposed.

But for Matura-Shepherd it goes further than that as she reiterated the Union’s view on its partnership with SSB and its expectations for taking care of the employees, union or non-union.

She also discusses other routes the SSB could have taken, including deducting the offending items after making payment.

The Union received no response to either of its letters addressing the issue to SSB and Matura-Shepherd says workers have told her that the Board, in its own meetings, has claimed it will treat union and non-union workers differently and that they have the support of a majority of workers for the move.

In addition management-level employees received payments reflecting their performance for 2014 which should have also been afforded to the workers.

Matura-Shepherd also discussed a planned amendment to the in-house handbook regarding whistleblowing about which the Union was again not consulted.

The Collective Bargaining Agreement (CBA) between the SSB and CWU is expected to be shortly re-negotiated.