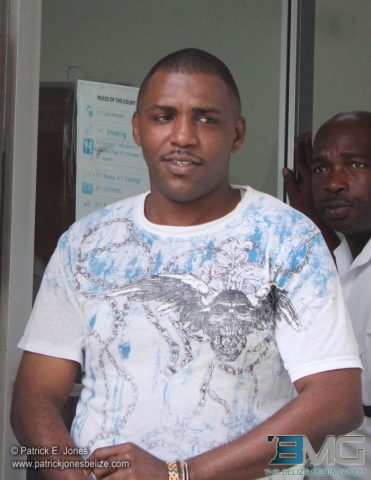 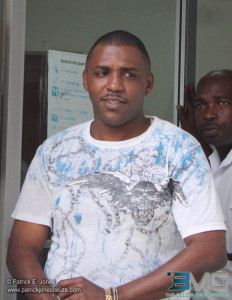 Tuesday, January 27, 2015. AARON HUMES Reporting: In the courtroom of Justice Adolph Lucas, 25 year old Kenroy Young, who pleaded guilty last week to five counts of uttering on a false document was sentenced to 4 years in jail for each count.

The new sentences will run concurrently to each other and consecutively to the sentence of 7 years he is currently serving for convictions of burglary and handling stolen goods.

This means that he will serve four years in addition to the seven-year sentence for a total of 11 years behind bars.

Before he passed sentence, on Monday Justice Lucas heard a plea for mitigation from Young in which Young expressed remorse for what he had done.

Young told Justice Lucas that while his family did not bring him up to lie, deceive and steal, a habit of gambling which he started at the age of 18 led him to a life of crime and breaking his family’s honor.

Young cited his role as Belize’s Youth Ambassador to the United Nations and a founding member of the Belize Federation of Youth Ambassadors, and said that if he is sent to jail he will serve his time and upon release intends to pursue a career as an attorney.

He said these past mistakes will not be obstacles to prevent him from achieving his goal. Today Justice Lucas said that it would be an injustice to Young and the court if he was to mete out fines because Young is presently serving time in prison.

On November 15, 2008, Young was charged with 5 counts of uttering upon a false document. Young had cashed 5 forged cheques between November 5 and November 13, 2008.