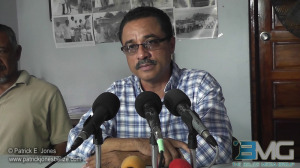 Tuesday, January 27, 2015. AARON HUMES Reporting: In November, Orange Walk East area representative for the People’s United Party (PUP), Dr. Marco Tulio Mendez, indicated that he would not run for a second term due to health reasons.

But persistent reports indicate that he may be forced to leave sooner than that because of alleged domestic incidents.

Dr. Mendez is separating from his wife Dr. Lesley Mendez and the Department of Social Services is reported to have opened an investigation regarding a complaint by the lady Dr. Mendez.

Police in Orange Walk say they have gotten no such report as yet and Dr. Marco Tulio Mendez has made no public comment. 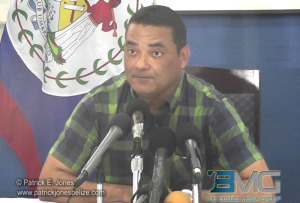 We queried the matter today with Leader of the Opposition Francis Fonseca and he sent us an email response which we reproduce in full below.

It reads: “My response is based on information and facts available to me as of 11:30 am, today, January 27th, 2015. I have spoken to Dr. Marcotulio Mendez. His position is that if in fact any such allegations do materialize, he intends to defend and protect his name and reputation vigorously. At this point given the information available to me I am unable to comment beyond that. Obviously if and when further information becomes available the Party will review and act accordingly. Any such allegation must be treated with the greatest of seriousness but I reiterate that at this point all that has come to me and the Party has been rumour and speculation.”

Should Dr. Mendez choose to resign his seat in the House of Representatives it would trigger a bye-election in which the new Standard Bearer for the PUP Josue Carballo will goup against the UDP’s Elodio Aragon, Jr.