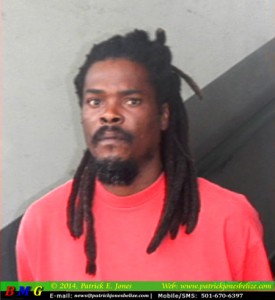 Williams was shot to the right leg and right hand around nine o’clock last night on Fairweather Street.

According to police, Williams was standing on Fairweather Street around 9:15 pm when he was accosted by a gunman who fired several shots in his direction.

Williams sustained gunshot injuries to the right leg and the right hand.

Police say that after the shooting, the gunman ran in the direction of Dolphin Street and made good his escape.