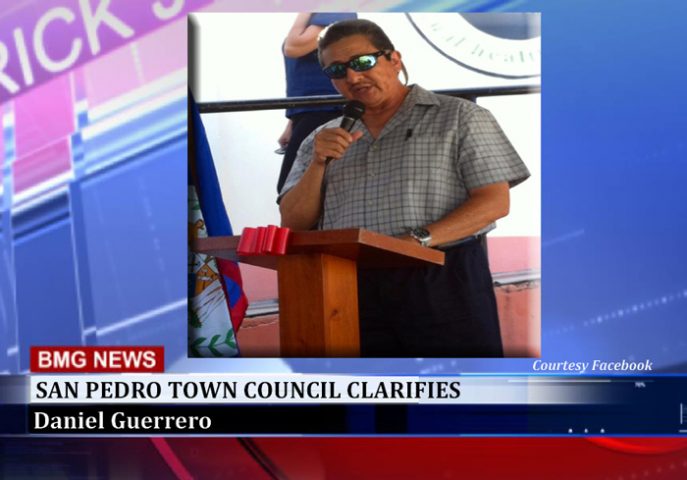 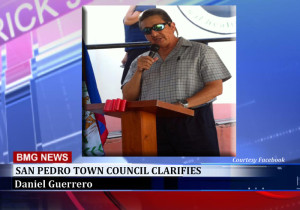 Monday, February 2, 2015. BMG: Municipal authorities in San Pedro town there are not happy … and the full fury of their anger is aimed squarely at the ambassador of Honduras to Belize Sandra Rosalez Abella.

The thing that sparked the firestorm is the exhumation of the body of Silvia Benitez that was buried shortly after its discovery last month after she had been reported missing.

Ambassador Abella, according to a two-page statement sent out by the San Pedro town Council today, made what the municipal body calls untrue allegations which the press release wished to clarify.

First issue the statement addressed were remarks reportedly made on a local talk show on January 29, which the Town Council said accused Mayor Daniel Guerrero and other officials of allowing the immediate burial of Benitez’ body without notifying the Honduras Embassy in Belize.

The Town Council statement said, “throughout the entire process on the day that Benitez was discovered, all help was rendered to the relevant authorities upon their request. The San Pedro Town Council is not the maximum authority in these circumstances and as such, its involvement was limited, as is the case with any murder investigation.”

The San Pedro Town Council goes on to say that “all machinery and equipment of the council was placed at the disposal of the police and forensic doctors,” and that “all food and accommodation of the forensic team and that of the Crime Scenes personnel brought in from Belize City, to ensure that Benitez body was treated with respect.”

The Town Council also takes issue with claims that the municipal body did not communicate with the Embassy or facilitate a meeting between the Ambassador and the Mayor saying that there are established diplomatic protocols that should have been followed and that it is not for the Town Council to have informed the Embassy of an ongoing criminal investigation.

“Her Excellency Abella, as a career diplomat, knows these procedures all too well,” said the official statement from the San Pedro town Council, further stating that, “at no time, did the Honduran Embassy ever communicate verbally or written about their plans to exhume the body. Similarly, at no time did the Honduran Embassy request for our assistance in the exhumation process. Should they have requested assistance through the proper process, the SPTC would have gladly helped as it has always done so, with the guidance of the Ministry of Health.”

The San Pedro Town Council statement ends by expressing sympathies for the family og Silvia Benitez and the Honduran community and hopes that those responsible for her death are brought to justice.

The Council also takes exception that the murder is, “being exploited by a few irresponsible and heartless political individuals. In so doing, they have cast blame on several entities including the SPTC, which clearly has no jurisdiction over these police and foreign affairs matters.”