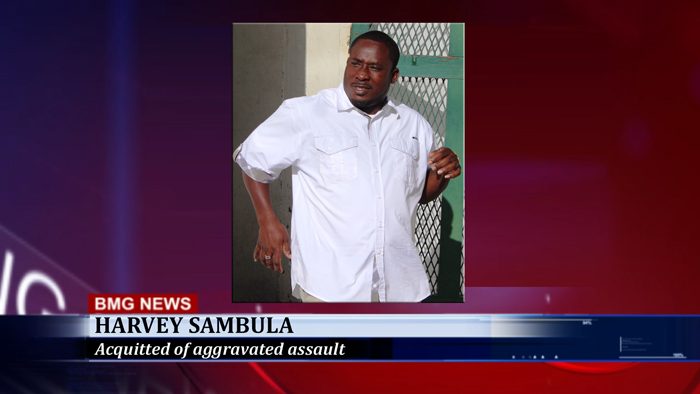 Wednesday, February 4, 2015. AARON HUMES Reporting: 37 year old Harvey Sambula was acquitted by a jury of aggravated assault with a firearm and common assault on Tuesday afternoon before Justice Adolph Lucas in the Supreme Court.

After nearly three hours the jury voted seven to two to acquit Sambula of the first charge, and took another 30 minutes to reach a similar verdict to acquit him of the alternative charge of common assault.

On May 6, 2011, Sambula was working at the Princess Hotel and Casino when complainant Dean Smith went outside to urinate and got into a misunderstanding with Sambula, who he said assaulted him with a 9mm pistol, striking him in the mouth and knocking out five of his teeth.

In his testimony Sambula said it was Smith who got cross with him after he told him not to urinate in the compound again as there are restrooms at the facility.