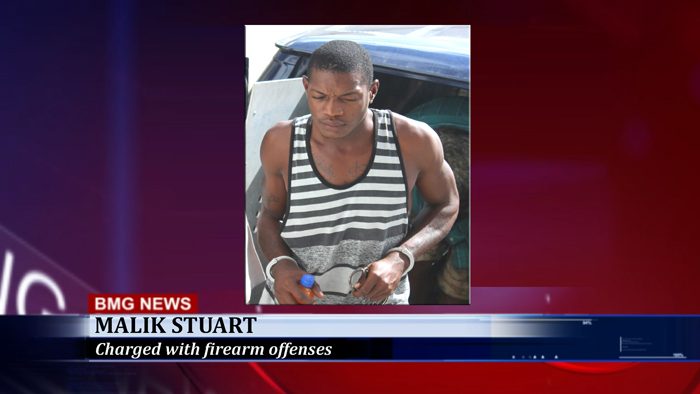 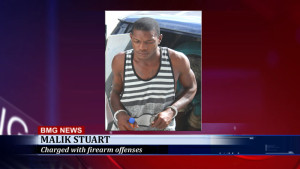 Wednesday, February 4, 2015. AARON HUMES Reporting: 19 year old Malik Stuart pleaded not guilty to charges of possession of unlicensed firearm and ammunition for which he was re-arrested this week.

The original charges were dismissed but police elected to bring them back.

Stuart was seen by police on April 23, 2014 handing over a 9 millimeter pistol to 54 year old auto mechanic Edward Westby shortly after Patrick Bevans was killed on Jane Usher Boulevard.

Police responding to the murder had pursued Stuart in the area when they saw the exchange take place.

Similar to Stuart he faced charges of abetment to carry a firearm and ammunition which were dismissed and recently brought back.

Stuart was remanded by Magistrate Hattie Mae Stuart until April 2, 2015.