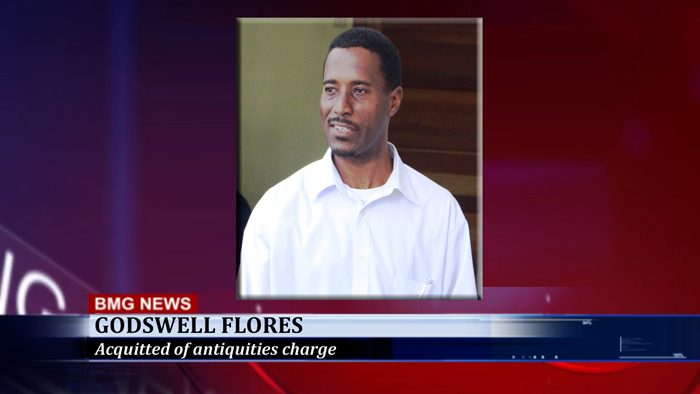 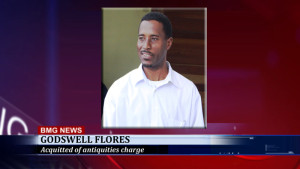 Thursday, February 5, 2015. AARON HUMES Reporting: A Belize City man was brought to court over possession of Mayan antiquities found on him on January 21, 2014.

But he was acquitted of a charge of failing to produce a license to possess antiquities, because he was never actually asked whether he had one.

37 year old food vendor Godswell Flores, Jr., of Church Street was found with a jade mask broken in three fragments and a jade figurine in a backpack he was wearing on Freetown Road when a woman police corporal stopped and searched him based on information received.

Archaeologist Oscar Ramos testified that on January 22, 2014, he examined the 2 pieces and verified that they were antiquities.

Scenes of Crime technician Devon Westby testified that he took photographs of the pieces and the photographs were admitted into evidence as exhibits.

But Magistrate Dale Cayetano agreed with attorney Andrew Bennett who submitted that Flores does not have a case to answer.

Bennett said that there is no evidence that Flores was asked to produce a license and Ramos cannot testify as to whether Flores had a license or not because Ramos is not the person who gives licenses, it is the Director of Archaeology who is responsible for giving licenses.

Bennett further submitted that under the NICH law a person who finds an antiquity monument has 15 days to register it after the find and it was not established when Flores had possession of the antiquities.

Magistrate Cayetano upheld the submission and dismissed the charge against Flores.