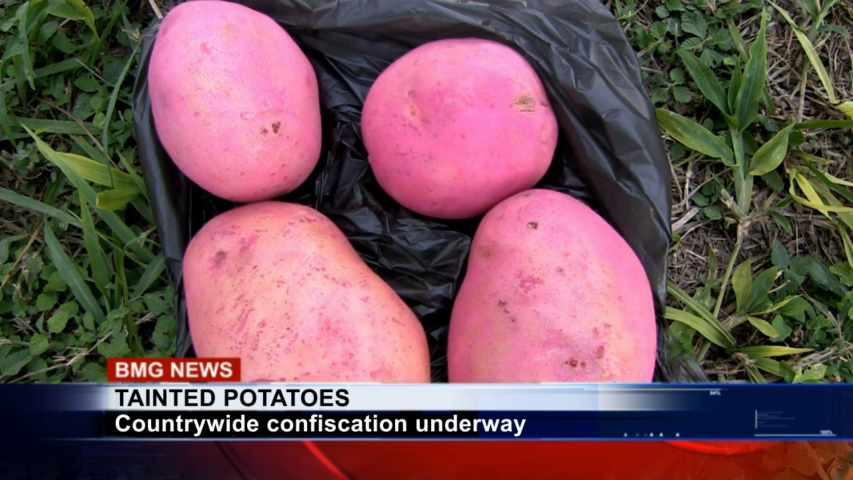 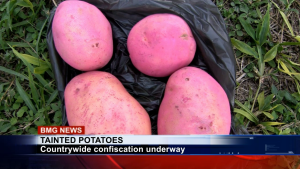 That’s a first and tonight there is a public health advisory about what is being described as tainted potatoes.

The local Irish potatoes harvest just started last week, and the variety being produced by farmers in San Antonio, Cayo and in the north is the red skin variety. 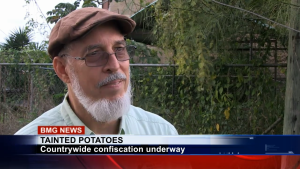 But this week the staff at a resort in San Ignacio went to the market and what looks like an ingenious attempt to pass off contraband potatoes as the local variety.

The poor imitation was not taken lightly and today the proprietor of the Maya Mountain Lodge Bart Mickler blew the whistle and it sparked a quick response from the Ministry of Agriculture. 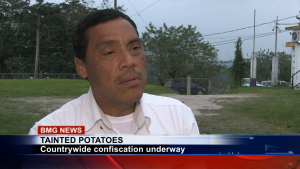 Chief Agricultural Officer Roberto Harrison this evening confirmed that a countrywide effort is now underway to remove the tainted potatoes from the market and a simultaneous investigation is now underway to track down who is responsible for putting the public food supply at risk.

Harrison says officials of the Belize Agricultural Health Authority are actively engaged in investigating the contraband potatoes and asks consumers to thoroughly check their potatoes to ensure that they are the local variety which do not require painting or dying.

Locally grown potatoes are supplied to the local market by producers in San Antonio village in the Cayo district and on a smaller scale by farmers in the north.

The local harvest will continue for the next three months and Harrison says no other potatoes is being allowed on the market to give local farmers a chance to get their produce sold.

The Chief Agricultural Officer says that BAHA will conduct chemical testing to determine the composition of whatever was used to colorize the Irish potatoes.