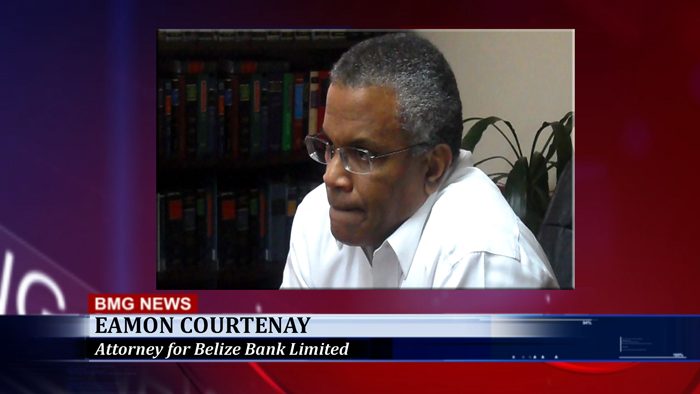 Thursday, February 5, 2015. AARON HUMES Reporting: The former administration of Prime Minister Said Musa should have gone to the House of Representatives for approval of a settlement agreement and loan note guaranteeing BZ$39 million in funds to the Belize Bank Limited on behalf of the Belize Healthcare Partners Trust, which bought out the assets owned by the Government of Universal Health Services (UHS) in 2007 and 2008.

That’s the ruling handed down this morning in the Supreme Court; but the saga continues as the Bank says it will now appeal the “finely balanced” judgment of Justice Shona Griffith.

A grant of $40 million, consisting of separate US$10 million grants from Venezuela and Taiwan, was diverted to the Bank to facilitate the purchase; however after a change of Government the new administration took back the Venezuelan grant, charging that the monies were to have been used for a different purpose.

The Bank enacted arbitration proceedings with the London Court of International Arbitration (LCIA), which the current administration did not take part in, which made a ruling in their favour in January of 2013.

Early in 2014 the Bank began trying to get the ruling enforced in Belize, which the Government resisted for several reasons, charging “double-dipping” by the Bank as the monies had been paid; bias on the part of the arbitration tribunal as one of its members was connected to previous matters involving Lord Ashcroft, and invoking public policy under Section 114(2) of the Constitution and Section 7 of the Finance and Audit Reform Act.

The court disagreed that there was double compensation in play or that the arbitration panel was improperly constituted, meaning the case turned on the issue of public policy.

While ruling that the Executive could enter the contract, the Court said that without approval of the legislature, which was not granted as the motion was withdrawn from the House of Representatives due to public upheaval at a meeting in May of 2007, it found difficulty seeing a way to enforce payment of the monies granted under the arbitral award from the Consolidated Revenue Fund or other monies controlled by the Government.

This is because the Finance and Audit Reform Act, brought into force in 2005, legislates that such approval is needed for any over BZ$10 million.

Speaking after the judgment, attorney for the government, Senior Counsel Denys Barrow was not prepared to say whether the actions of the Musa administration in 2007 were illegal.

He did say that the then-Government was not properly advised and moved without looking at the consequences. Attorney representing the Belize Bank, Senior Counsel Eamon Courtenay, said this afternoon to reporters that with due respect to the judge and her careful and fine analysis, the award still exists and it needs to be paid.

That, he said, is what compels his clients to pursue appeal to the Court of Appeal and ultimately the Caribbean Court of Justice, in what the attorney admits has been a six-year “war” between Lord Michael Ashcroft’s various business interests and the current administration.

Courtenay also noted that also at stake is perception of investor confidence – that investors generally cannot trust an administration that goes back on its word, even if that administration is populated by different personnel from the original makers of the agreement.

The Caribbean Court of Justice decided a similar case in 2013 from BCB Holdings in favour of the Government on tax regimes which formed a major basis for this decision.

The Government has also planned to challenge the $41 million awarded to British Caribbean Bank for a loan to Belize Telemedia Limited in 2007 which was acquired by the Government in 2009.

Courtenay told us that there is enough merit in this case distinguishing it from the BCB Holdings case, which was extensively cited by both parties and Justice Griffith in today’s ruling, which will ultimately make the current matter successful in a higher forum.

The defendants were awarded half their costs to be assessed if not agreed.

Lord Ashcroft and other representatives of the Belize Bank were at court this morning for the judgment but conspicuously avoided the press by leaving through the back of the court.

Courtenay noted that he was also at the CCJ hearing in person and opined that perhaps he wanted to see for himself how the cases were being decided as they come to a close, but he added that he does not know that for sure and has not asked Ashcroft his purposes for being in Belize.