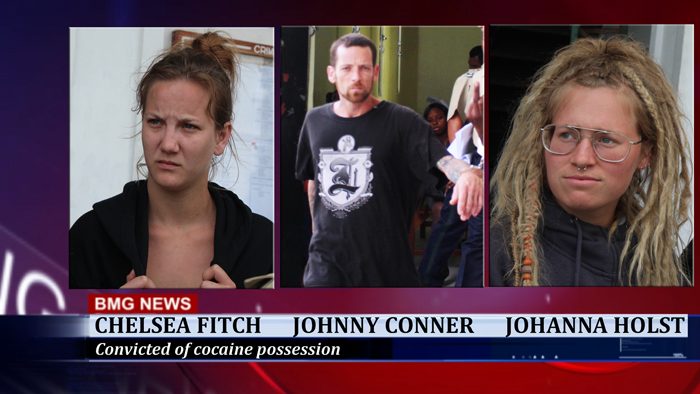 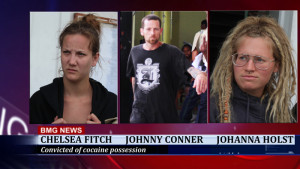 Thursday, February 5, 2015. AARON HUMES Reporting: A trio of visitors to Belize is out $500 each after pleading guilty to possession of a controlled substance, 0.6 grams of cocaine, while on the island of Caye Caulker, Belize District.

American nationals Johnny Conner and Chelsea Fitch and Swedish national Johanna Holst were at the dock on Caye Caulker while a special constable and some police officers were patrolling the area.

The special constable saw a member of the group containing Conner, Fitch and Holst kick away a transparent plastic bag.

On retrieving the bag the cocaine was discovered, but the person who kicked the bag escaped before he could be detained.

Conner, Fitch and Holst were detained, arrested and charged and paid the fines immediately upon pleading guilty before Chief Magistrate Ann-Marie Smith.