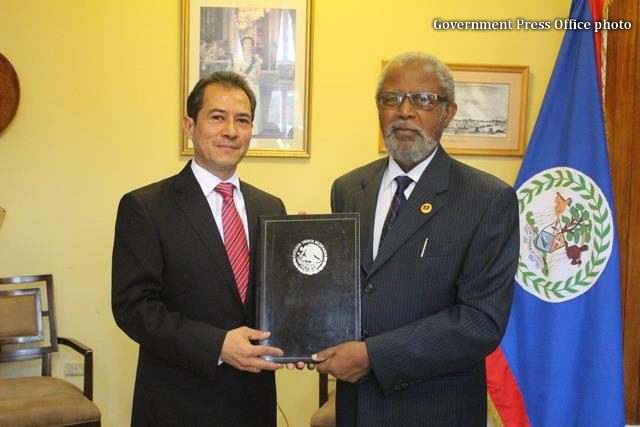 Monday, February 9, 2015. BMG: The government of Mexico has appointed a new ambassador to Belize. A release from the Government Press Office says that Ambassador Melendez expressed commitment to working with Belizean authorities “to achieve the goals of the bilateral agenda, which exists between the two nations.”

The new Mexican ambassador says that security, education, health and culture, will be areas of focus during his tenure.