Swasey claims that in 2012 he pioneered and developed the concept of lottery texting, in which a fee is paid to buy numbers via telephone and a live prize draw is conducted; not unlike a regular lotto gaming system, except that it is completely electronic and does not use machines. 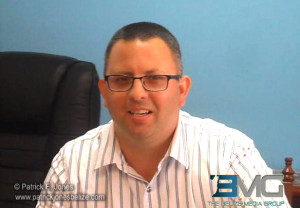 BTL, headed by executive chairman Anwar Barrow, and MMR, whose chief director is Andre Vega (son of Deputy Prime Minister Gaspar Vega) are accused of taking the concept as their own to create “Mek Mi Rich,” using the confidential information given them by Swasey to develop the program after BTL broke off its relationship with him in August of 2014, just weeks before “Mek Mi Rich’s” first airing.

Justice Courtney Abel heard in chambers a motion to strike the case out for lack of evidence against MMR Belize Limited however there was a counter application to amend pleadings in the case and the matter was continued to March 10, 2015.

Swasey’s attorney, Kareem Musa, says his client is suing for damages related to his offering the information to BTL, who is alleged to have violated a non-disclosure agreement to offer the concept to MMR.