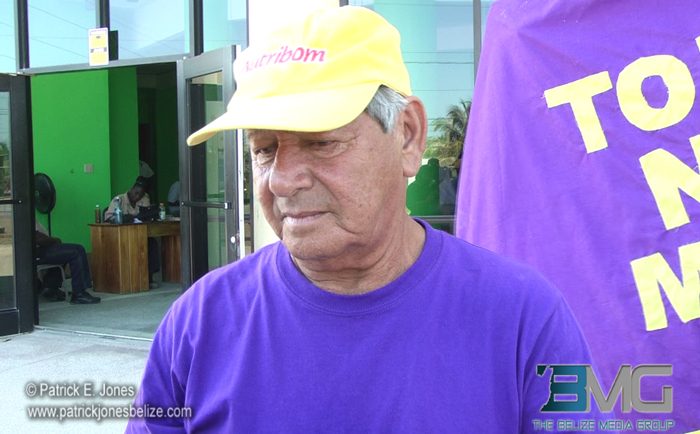 In addition to the major parties there was independent candidate for Mayor Ernesto Torres, making his second run after trying for office with both major political parties.

Torres says Belize City residents are seeking good governance and accountability, not merely a switch from red to blue and vice versa.

The taxi operator and driving school operator says the impetus for his run comes from ordinary Belizeans who have asked him to participate after hearing his contributions in local media.

Torres says he will keep strictly to the Belize City Council Act with regard to the general duties of the Council; he emphasizes proper accounting of monies spent, so that the concreting of streets undertaken by Mayor Darrell Bradley was not done without drainage and is emblematic of a lack of understanding and experience that has not served him well while in office, suggesting that he needed “training” for his role. 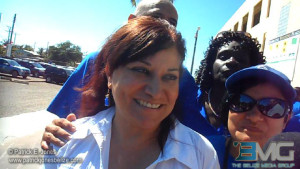 The People’s United Party (PUP) took to the streets earlier in the morning with a crowd of between 400 and 800 supporters, bearing Mayoral candidate Yolanda Schakron and her running mates to the Charles Bartlett Hyde building to be nominated.

Two years ago, Schakron was denied her nomination as Standard Bearer for the Lake Independence division for the PUP due to issues with her nationality.

While in tears then, she was all smiles today after being successfully nominated as the party’s Mayoral candidate.

She said she is ready to take up the mantle of leadership and expressed puzzlement at the current Mayor’s responses with regard to her proposal to donate her salary to starting an education fund for City residents and plans for a debate.

Like Torres, she believes the current Mayor has not provided uniform development across the City and has been too much in the forefront of Council affairs, even as he continues to be unable to provide accountability for what he has already done. 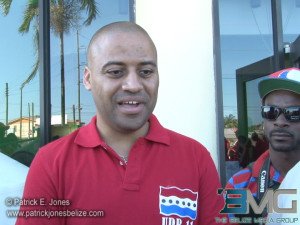 And in the afternoon it was the turn of the incumbent United Democratic Party (UDP), with a noticeably larger contingent of supporters, to bring current Mayor Darrell Bradley to the place of nomination to begin his run for a second term.

He says his heart is 100 percent in earning that second term. Bradley says the current Council “made things happen” despite financial difficulties, and another three years will see more improvements because the Council has made financial responsibility part of its policy, paying off about $1.5 million of the $20 million Municipal Bond, restructuring sanitation agreements and paying off other long-standing debts to create cash flow.

We note that while the PUP were making their way to the nomination center, UDP supporters lined parts of Mahogany Street blaring campaign songs but not interacting in particular with their rivals. Election Day is March 4.