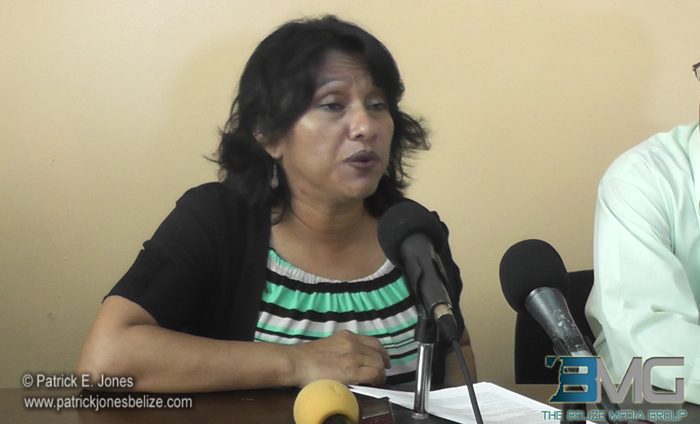 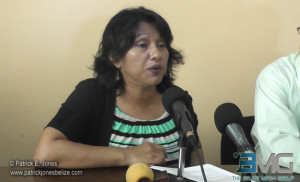 Thursday, February 12, 2015. AARON HUMES Reporting: National Trade Union Congress of Belize (NTUCB)’s recently elected second vice president, Audrey Matura-Shepherd, raised eyebrows in the public after a published photograph of her breakfast meeting with Lord Michael Ashcroft, older son William in tow, brought up questions of what she was seeking from him, or what he was offering to her.

This week the attorney and president of the Christian Workers’ Union clarified those reports, saying she was offered neither money nor position, and in fact questioned Ashcroft concerning his plans for continued litigation over Belize Telemedia Limited and the Belize Bank and related issues.

At its meeting of the General Council on Wednesday, the NTUCB executive discussed the matter with Matura-Shepherd and an understanding was reached. 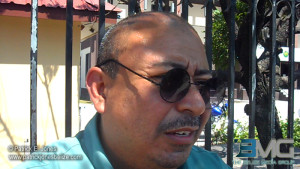 NTUCB president Marvin Mora today said the NTUCB was concerned about possible damage to its public image and support and described her decision as a “mistake” and a “error of judgment.”

He says the matter was fully ventilated at the meeting and it was made clear to Matura-Shepherd that while as an “activist” she could make decisions on her own, as an NTUCB executive she wears other hats and if a similar situation arises, it would be prudent to contact the Congress for the best advice.

With that it seemed that the outspoken Matura-Shepherd was effectively reined in by her fellow unionists.

But Mora says there is no attempt to silence or muzzle Matura-Shepherd.

He also commented on the possibility of an NTUCB summit with the British baron, saying that the General Council would make that determination in the interest of Belizean workers.