Teenage girl shot in the chest in San Pedro town 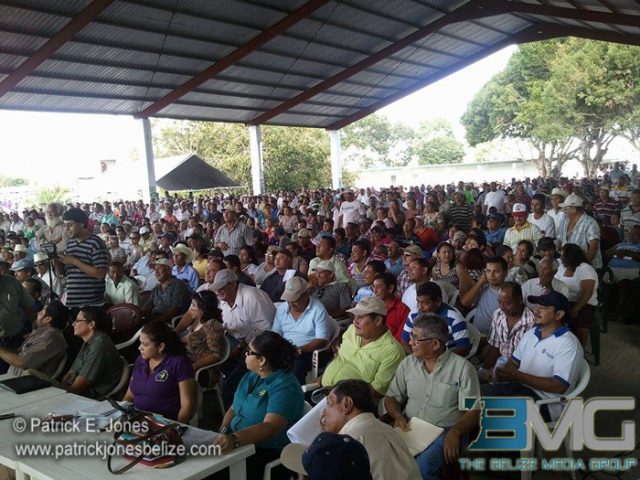 Thursday, February 12, 2015. AARON HUMES Reporting: The Government of Belize has vowed to investigate and strike out the entity known as the Belize Sugar Cane Farmers Association (BSCFA) – not the giant association of cane farmers so recently splintered in the wake of a bruising battle with sugar producers Belize Sugar Industries Limited (BSI), but a recently registered company using that name and helmed by opponents of the recently signed commercial agreement.

On January 27, the BSCFA was registered as a private company limited by guarantee, an alternative type of corporation for non-profit organizations that require legal personality.

Such companies can share profits with members and there are guarantors who oversee the affairs of the company. In the case of the BSCFA, five former directors petitioned for the change in status although two have since backed away. Chair of the Orange Walk Branch of the old BSCFA, Alfredo Ortega, told media earlier this week that he believes there is no protection for the Association under the amended Act and that his group was trying to protect the Association’s assets and avoiding it coming to ruin.

He also said that the Association’s membership would be more greatly empowered to elect its leadership.

However, Prime Minister Dean Barrow says the Association is adequately protected and he sees no need for any re-registration. He explained his stance to reporters on Wednesday, saying that the BSCFA continues to be recognized under the Sugar Act, except that it must now compete with other Associations such as the Progressive Cane Farmers and Corozal Sugar Cane Producers Association.

The Prime Minister says he intends to push for the de-registration of the company, saying that the new company is trying to overrun the current leadership of the Association.

An emergency general meeting is scheduled for next Sunday, February 22, to address the issue.

Today the Ministry of Natural Resources and Agriculture condemned the move and demanded that Ortega and his cohorts withdraw the registration, warning that otherwise they would have resort to the courts.