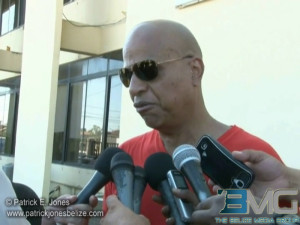 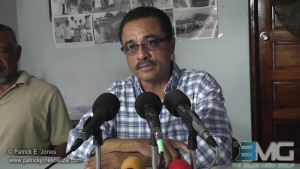 Saturday, February 14, 2015. AARON HUMES Reporting: Prime Minister Dean Barrow has joined the chorus of opponents of Dr. Marco Tulio Mendez, area representative for Orange Walk East, who faces serious charges of aggravated sexual assault with two young women who were minors at the time the incident was alleged to have taken place to resign from his position immediately.

While his party, the People’s United Party, have suspended him from party activity and he has already declared that he will not stand in the next general election, his opponents have demanded much more. His immediate resignation would trigger a by-election in the constituency.

On Wednesday Prime Minister Dean Barrow lent his voice to that call, chiding the PUP for its handling of the matter.

While acknowledging that the matter is before the courts it is the Prime Minister’s view that Dr. Mendez’s conduct warrants his resignation.

When asked to compare it with the UDP’s own internal scandal over former Minister of State for Immigration and Nationality Elvin Penner, the Prime Minister said Penner still faces an edict to resign as well for his role in the Won Hong Kim scandal.

Should Dr. Mendez resign the PUP has a candidate in place in the person of Josue Carballo to challenge the UDP’s Elodio Aragon Jr.

On Thursday, the PUP complained that in that interview the Prime Minister made specific reference to the relationship of the accusers to Dr. Mendez which it says endangers both of them.

The Prime Minister had said that that relationship, which we will not disclose, is already well-known.