Truck and SUV crash on the George Price Highway 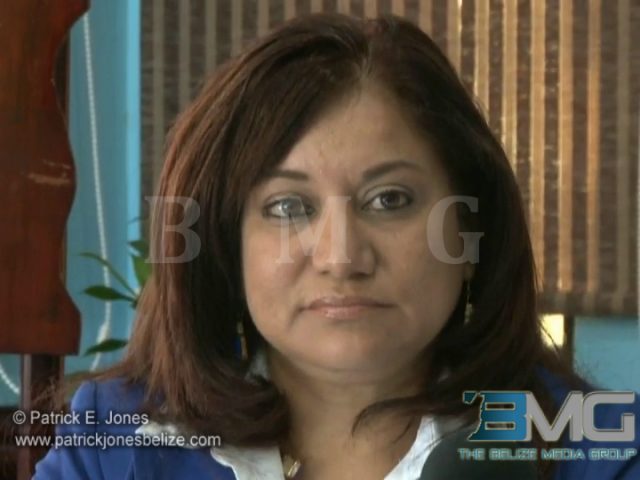 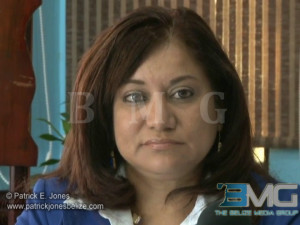 Monday, February 16, 2015. AARON HUMES Reporting: Two weeks from the municipal elections, in Belize City the major political parties exchanged blows over the results of an independent audit for the 2013-2014 fiscal year of the Belize City Council.

People’s United Party candidate Yolanda Schakron and two of her councilors hosted the press this morning to level multiple charges at the credibility of the audit done by Pannell Kerr Forster firm and released in December.

The PUP charges that the qualified opinion of the PKF audit does not follow on from the reports done by Castillo Sanchez and Burrell accounting firm, which showed an adverse opinion of the Council’s fiscal management in one instance, and in another, none at all. 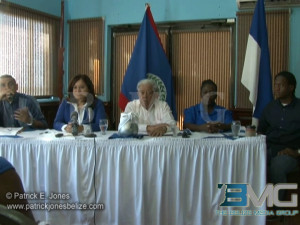 Schakron, herself a businesswoman, took exception to the Central Government’s “powdering” of Mayor Darrell Bradley’s administration, saying it puts the lie to City Hall’s claims of accountability and transparency.

According to Schakron, the Barrow administration has done “everything” for City Hall, particularly providing $40 million in finance – the $20 million “guaranteed” Municipal Bond and further grants totaling $20 million with which the Council has concreted over 140 streets and brought another 80 to pre-paved status.

But the conditions of several of those streets have deteriorated, and the Council has neglected to put in proper drainage citing lack of funds.

The review by the PUP questions the bidding process for street contracts, general accounting principles and payments for donations by the Council, noting that some costs such as sanitation are spread across the major departments rather being place in one line item – perhaps to hide inappropriate spending, the PUP charges.

But according to Schakron, the audit’s numbers simply do not match the real conditions they see on the ground while campaigning ahead of the March municipals – and she wonders whether Bradley is laying the groundwork for a run in the Caribbean Shores division at the expense of the rest of the Old Capital, particularly its most vulnerable areas.

She says her campaign team has seen evidence of the ravaging effects of dengue in the deeper Southside and a general neglect of that portion of the City west of Central American Boulevard. 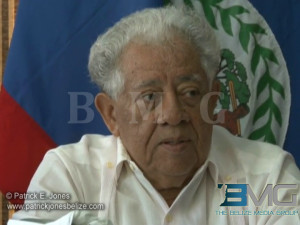 Chartered public accountant and former Mayor of Belize City Jose A. Coye was tabbed by the party to explain what they believe the audit means but he pointed out that as chief executive the Mayor and his financial team are responsible for preparing the financial material according to international practice.

He says the Council has not been able to reconcile their performance as outlined in the most recent audit with the incomplete ones of a few years before.

Coye says he has questions about the sharp reduction in operating deficit at the Council which can only be satisfied by the completion of the 2012-13 audit.

Following the Schakron breakfast meeting, the press went to City Hall seeking a response from the incumbent Mayor and UDP candidate, Darrell Bradley afterward and he obliged in spirited fashion. 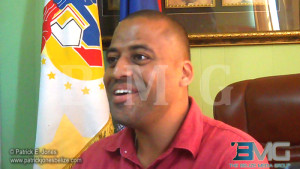 The Mayor took the view that his opponents are being “insincere” and only showing their concern with a curious politically-themed timing, as they had no questions for him in his first 2 1/2 years in charge – and Leader of the Opposition Francis Fonseca, among others, received timely updates about the management of City Hall.

On the audit itself Bradley said that he trusted the conclusions of Pannell Kerr Forster, which recorded a sizable reduced deficit to just under $140,000 from over $1.9 million in the previous fiscal year.

In-completions in previous reports are down to a changeover from a manual system to an electronic system, which has been helpful in addressing some of the auditors’ questions, but he says that any in-completion in previous audits is no indication of mismanagement to him.

The auditors did provide an opinion as well as a management report for the Council’s various departments. Secondly, Bradley responded to the question of the $1.3 million listed under legal fees in the Office of the Mayor.

Most of that, he pointed out, is the $1.2 million judgment debt for Belize Waste Control that could not be fitted into any other category, and most of the rest went to legal fees for his opponent, Senior Counsel Fred Lumor, and a consultant.

Bradley repeated a familiar theme during the 1-hour interview – because his opponents have nothing better to bring to Belizeans in terms of ideas, they must resort to this kind of cheap attack, and the media and the general public should not fall for it.

In his view, the best indicator of his performance on the job will come on Election Day, not from the criticisms of his opponents.

Bradley also trained fire on Jose Coye, questioning his credibility in light of accusations of misfeasance laid against him while a Minister of Government.

In response to the question of overdependence on Central Government, Bradley said that while the Council has taken advantage of Central Government’s largesse for its major infrastructure projects, for examples, that is no different from other municipalities and this Council’s trend has been in other areas to move away from that kind of dependence such as the recently promulgated Muncipal Public Service Regulations.

The Mayor also maintained an interest in the establishment of a $1 toll on the Philip Goldson Highway, one of two areas planned to become in less than 30 years major sources of revenue and business development for the Old Capital, and said that with much of the Council’s debt retired, they are free to seek new ways to raise monies to continue improving infrastructure, addressing drainage, and keeping the sanitation bomb from exploding.

The Mayor also promised further revision of the City’s tax schemes while committing to no new taxes in his next term.

A manifesto outlining the plans for the City under a second Bradley administration is expected to be released later this week.