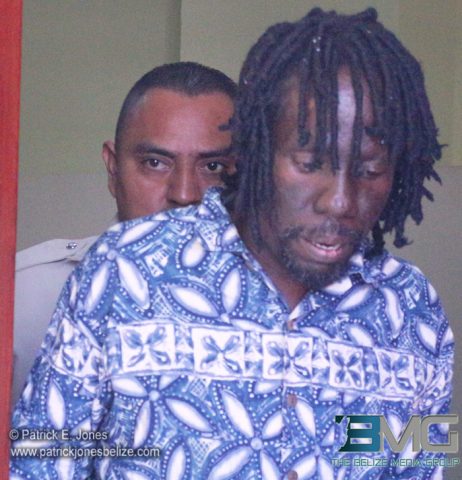 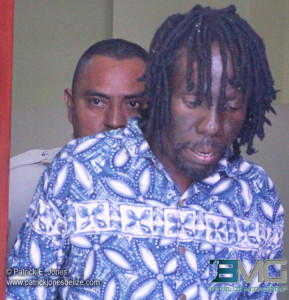 Friday, February 20, 2015. AARON HUMES Reporting: Steven Buckley’s quest for justice after being shot in the head by a senior police officer in April of 2010 has taken some twists and turns but his latest run-in with the law has left him, if possible, even more shaken.

On Wednesday night police stopped him near Taylor’s Alley and found an undetermined amount of cannabis – that is, the amount was so small it could not be weighed on the scale.

Nonetheless, he was taken to court before Senior Magistrate Sharon Frazer and pleaded guilty, saying that he uses the marijuana to relieve his aches and pains from the bullet pellets still lodged in his head and lungs as well as to calm him down.

The magistrate was unmoved, saying that the court had shown enough mercy and he needed to settle outstanding fines of $360 from two previous convictions for 0.4 grams of cannabis possessed and possession of a pipe, for which he was charged along with several family members and friends in May of 2014.

Because he was not able to settle those fines he was sent to prison for a period of three months in default and fined a further $150 due by March 31 for the current charge.

But after spending the overnight in Hattieville, he is a free man today, thanks to the generosity of Belize City residents who raised several hundred dollars collected early on Friday morning by businessman and political aspirant Gilroy Usher, Sr. Buckley says that during the bust a chilling threat was delivered by one of the officers who he encountered.

This officer allegedly said, in relation to his partial award of $100,000 given for those injuries he received in 2010, that the police would “get back every dollar” he sued the Government for.

He says the same officers have been constantly harassing him.

Buckley also said the officer weighing the marijuana tried to put his hand inside the scale to get a reading of the weight of the drug.

He quoted the Senior Magistrate as saying he was “partying” and ignoring his responsibility to pay the fine. But in reality, he says, his award ran out at least nine months ago – he spent most of it on furnishing his George Street residence, paying old debts and being rather generous with friends who have now abandoned him.

He was near tears as he described his daily worries for providing for his family without a steady job, saying that he survives on the largesse of his landlord and what he can scrounge on the streets.

As we previously noted Buckley was sent to prison regarding child maintenance support last October and had just gotten out before his current troubles.

This morning in Belize City Gilroy Usher rallied City residents to contribute to paying the fines and we met him at Buckley’s residence delivering the remainder of the money as a contribution.

Usher says his motivation to was help a brother who was down and unable to work to pay off the court fine.
We are told that an employee of a major business chain also contributed to Buckley’s family today.

A group of donors who wished to remain anonymous has paid the outstanding court fines.

Meanwhile, the criminal case against his accused shooter Inspector Dennis Lopez is adjourned in the Supreme Court.

The attorney who handled discussion of the original award to Buckley, Richard “Dickie” Bradley, says that case will weigh heavily on the amount of the final payment to the former construction worker, whose injuries have made it unlikely he will be able to work for himself ever again.