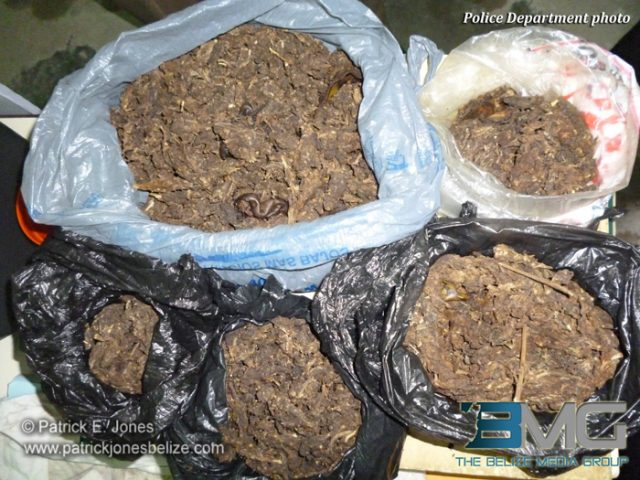 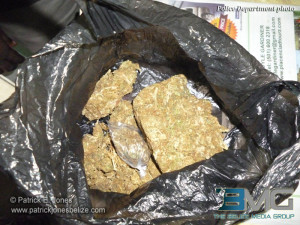 The pre-dawn operation started at 5:30 am today and included personnel from Special Branch, K-9 Unit, and uniform Police from the Placencia Police Station.

According to information received, three houses were searched in Seine Bight Village which resulted in one person being arrested for possession of controlled drug. 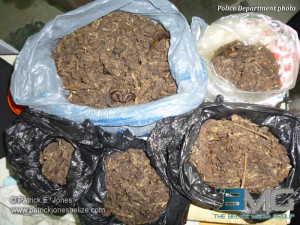 Two separate empty lots were also searched on the north side of Placencia Village.

In one of the lots, Police discovered a white t-shirt, and wrapped inside were 5 plastic bags, each containing suspected cannabis.

The substance was then taken to Placencia Police Station where it was weighed and amounted to 1,156grams. 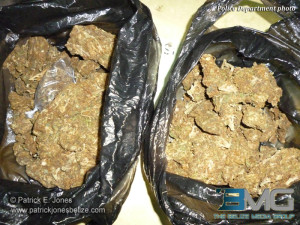 Because no one was in the area at the time of discovery, the suspected drugs were labelled as “Found Property”.

Another abandoned lot was also searched in Placencia Village next to the Football Field, and this time, police discovered a Black Hand bag which contained 2 separate black plastic bags each containing what police suspect as “Hydro” Cannabis, as is locally known.

The drugs were also taken to Placencia Police Station where it was weighed and amounted to 231 grams. No one was also in the area at the time, so the drugs were deposited as “Found Property”. 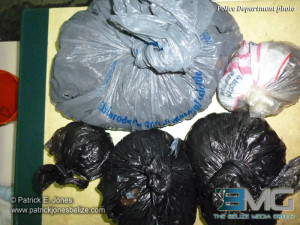 Notably, the Placencia Police have been very active in the fight against drugs on the peninsula, and have to date discovered cocaine, crystal meth (methamphetamine) and marijuana.

It is strongly believed that the abundance of tourists visiting the peninsula has attracted drug traffickers and peddlers, and the numbers continue to grow.

But Inspector Dennis Miles and his team of officers are committed to the fight against drugs on the peninsula.