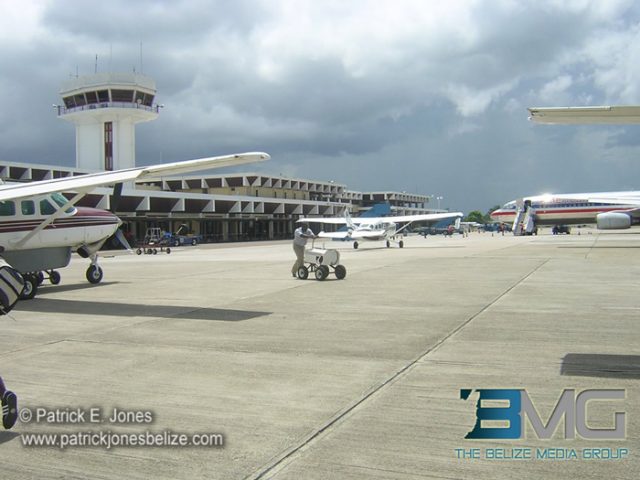 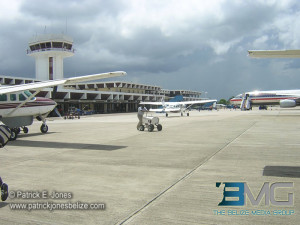 Sunday, February 22, 2015. AARON HUMES Reporting: Operations at the Phillip Goldson International Airport were disrupted for a few hours on Saturday morning due to unavailability of air traffic controllers.

This included personnel scheduled to work in the control room and the radar room to guide aircraft landing and taking off.

At issue is a list of grievances including sub-standard equipment and working conditions; salary adjustments and increments and what has been described as a lack of priority by the Department of Civil Aviation.

A government press release issued on Saturday afternoon announced that “air traffic controllers scheduled to work the 6 am to 12 pm shift at the Control Tower of the Phillip Goldson International Airport had reported in sick.”

The official word from Belmopan is that “two international flights were initially affected due to these unfortunate circumstances” but further stated that the Civil Aviation Department in conjunction with COCESNA, the Belize Airport Concession Company and Belize Airports Authority “have re-initiated full operations at the Control Tower of the Phillip Goldson International Airport.”

Full operation was restored by Saturday afternoon and the government press release said that “we are also working to rectify the inconveniences caused to the flights that were affected.”

The official statement ended with an apology to everyone who were inconvenienced by the “sick out” including “international aviation partners, tourism stakeholders and the traveling public.”

Today, Citizens Organized for Liberty through Action, COLA, issued a press release saying that Saturday’s “sick out” did more than inconvenience air travelers but that it had “for us raised awareness of the value and importance of a thankless job.”

COLA noted in its press release that “despite international standards ensuring that controllers are to rest for 8 hours between shifts, we are told of some workers going above and beyond, working for as many as 18 hours of a 24-hour day.”

Noting that due to near-collisions between international and domestic aircraft, “there was a memorandum written to increase communication with the control room to minimize accidents.”

Regarding the staff situation, COLA says that “there is a crippling lack of staff to manage the control tower and radar room.”

With senior staff having to chip in to perform lower-level duties, COLA says that practice “puts strain on those departments.”

COLA, in its release points to some of the grievances that the air traffic controllers have saying that “there is a faulty radar system whereby the aircraft tracks sometimes disappear, and management has failed to buy new headsets to replace the defective ones that make it difficult for air traffic controllers to properly communicate with pilots.”

The COLA release ends by saying that “our skies are much friendlier with satisfied employees at the controls,” and called on the government of Belize to “step in and see to it that Belize reaches the standard for staffing in this unit, get rid of the political riff-raff and attend to the need for equipment, uniform, training and other issues.”