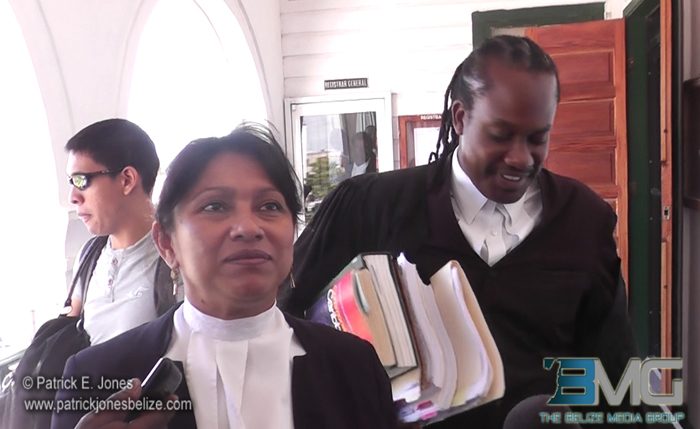 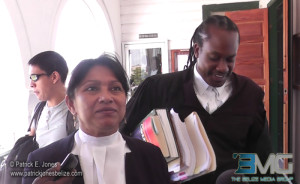 Monday, February 23, 2015. AARON HUMES Reporting: Instead of allowing time for amendment of the claim of cane farmer Lucilo Teck against the Sugar Industry Control Board (SICB) to reflect a change in circumstances since permission was granted to file on January 23, today Supreme Court Justice Shona Griffith decided to dismiss the claim on the ground that it was not properly filed before the court under the Civil Procedure Rules.

The lynchpin of the original claim was a writ of mandamus ordering the Board to set a date for the commencement of the long-delayed 2014-2015 sugar cane crop season, which was subsequently done on January 26.

Teck also asked for a series of other declarations which his attorneys, Audrey Matura-Shepherd and Anthony Sylvestre, fought to keep alive over the stern objections of Senior Counsels Rodwell Williams, Michael Young and Eamon Courtenay, representing respectively the Board, American Sugar Refining Inc./Belize Sugar Industries Limited (BSI), and the Belize Sugar Cane Farmers Association (BSCFA) as an interested party.

With the matter of the season opening settled, it was thought that the claim, which the senior attorneys had already argued was fatally flawed to begin with, might be dropped; but when it became clear that it was not, they asked the court to strike it out.

In the course of debating when and where to settle that issue, it became manifest that Matura-Shepherd and Sylvestre had missed a key component of filing the claim: a mandatory affidavit establishing the court’s jurisdiction under the CPR to hear the case.

Somewhat generous with her understanding at the preliminary stage, Justice Griffith was not in a charitable mood today and ruled against Matura-Shepherd and Sylvestre. 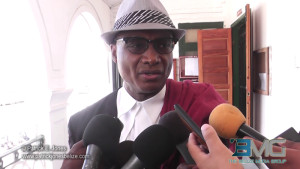 Senior Counsel Williams said that this error undermined the entire case and necessitated that it be struck out.

Williams’ application to strike out the case, supported by Young and Courtenay, would have presented other arguments concerning the flaws of the application, but it was not needed.

For her part, Matura-Shepherd described the defeat as being over a finely technical point and opined that if given time they could have found a way around it.

She recalled other cases where the court was more flexible and expressed the possibility of researching for a possible appeal, though she was careful to note that she respected the court’s judgment.

She nonetheless maintained that their case was strong enough to find merit.

Colleague Sylvestre said that while it is not likely they can bring back this particular case, related matters can and will be brought up by aggrieved cane farmers concerning the delay in starting the season which cost the farmers significantly in financial losses.

The court will hear the parties in writing on costs by March 13 with a decision due on March 23. 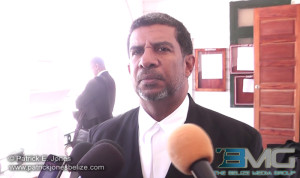 But there was a parting shot from Michael Young, who said that the application may be in some part to blame for the extended delay to the crop season opening.

He expected that the case would be dropped with the opening of the season but the decision to continue hurts even Teck, who may have to pay his own costs.

Young insists that even if his opponents had gotten past the roadblock of the strike-out application, their case would not have stood up, as in his view the court could not force the SICB to act outside the law, which requires consultation with both parties.