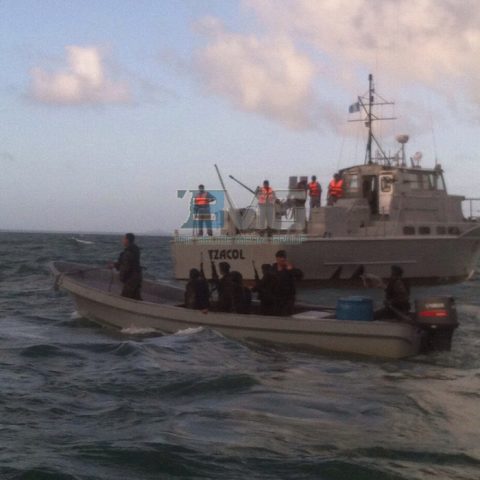 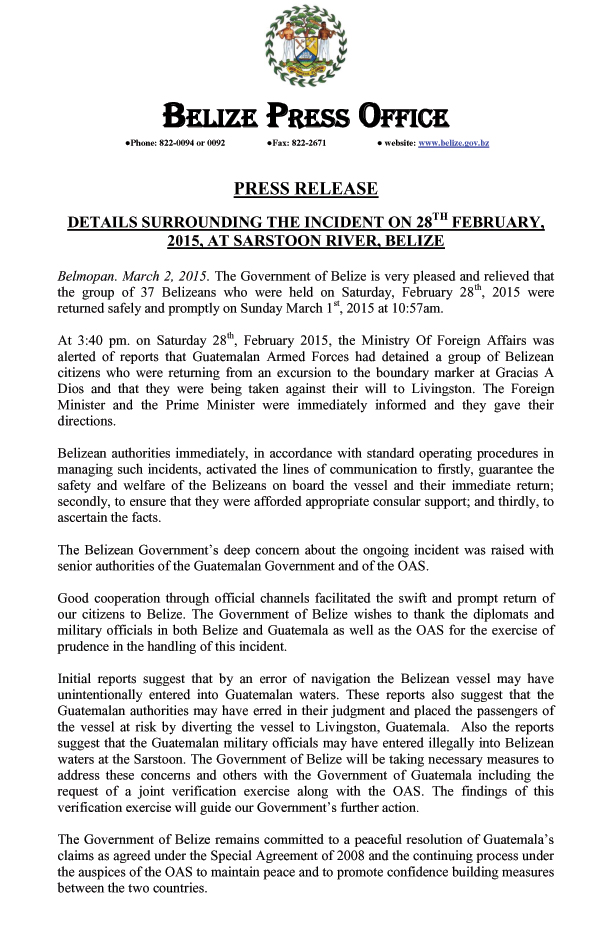 Monday, March 2, 2015. BMG: Late this evening, the Government of Belize issued a statement on the detention of a group of Belizeans on an expedition to the Gracias a Dios border marker in southern Belize on Saturday.

The official statement says that the Ministry of Foreign affairs was alerted of the detention by the Guatemalan military 3:40 pm on Saturday.

The official release says that “good cooperation through official channels facilitated the swift and prompt return of our citizens to Belize.” 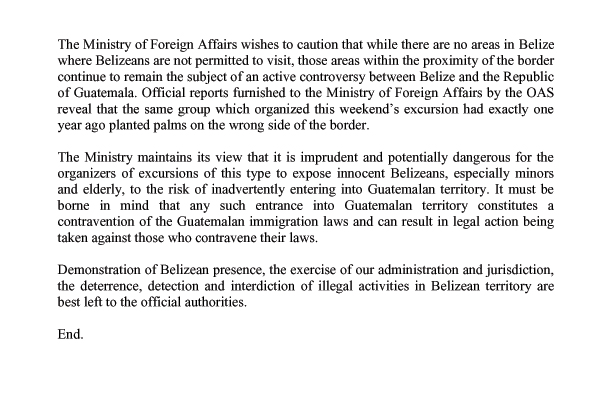 The official government statement on the issue also appears to take a swipe at the organizers of the expedition to the Gracias a Dios border marker, saying that, “the Ministry of Foreign Affairs wishes to caution that while there are no areas in Belize where Belizeans are not permitted to visit, those areas within the proximity of the border continue to remain the subject of an active controversy between Belize and the Republic of Guatemala.”

The GOB statement says the Organization of American States has turned over reports to the Ministry of Foreign Affairs revealing that the Belize Territorial Volunteers had planted palms on the wrong side of the border a year ago.

The Ministry of Foreign Affairs says that it is of the view that “it is imprudent and potentially dangerous for the organizers of excursions of this type to expose innocent Belizeans, especially minors and elderly, to the risk of inadvertently entering into Guatemalan territory. It must be borne in mind that any such entrance into Guatemalan territory constitutes a contravention of the Guatemalan immigration laws and can result in legal action being taken against those who contravene their laws.”

The official release ends by saying that “demonstration of Belizean presence, the exercise of our administration and jurisdiction, the deterrence, detection and interdiction of illegal activities in Belizean territory are best left to the official authorities.”