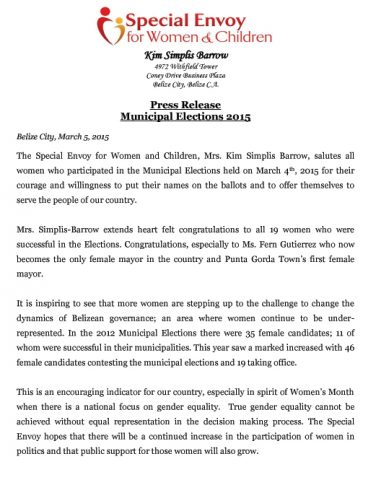 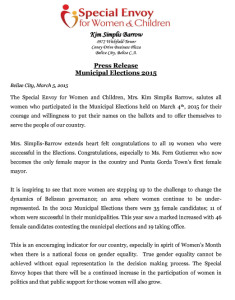 Friday, March 6, 2015. BMG: Special Envoy for Women and Children Kim Simplis Barrow has commended all the women who took part in the 2015 Municipal Elections.

In a statement issued on Thursday, Kim Simplis Barrow hailed the women “for their courage and willingness to put their names on the ballots and to offer themselves to serve the people of our country.”

The short statement congratulated the 19 women who were elected and particularly cited the first woman to serve as Mayor of Punta Gorda, Gern Gutierrez.

“It is inspiring to see that more women are stepping up to the challenge to change the dynamics of Belizean governance; an area where women continue to be underrepresented,” says Mrs. Barrow. 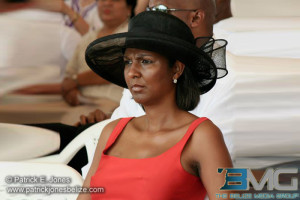 The Special Envoy’s statement points out that in the previous Municipal Election in 2013, 35 women appeared on the ballot, with 11 of them being successful in their municipalities.

That number increased this year which saw 46 women offering themselves as candidates.

19 of them were successful and will serve in their respective municipalities for the three years.

“This is an encouraging indicator for our country, especially in spirit of Women’s Month when there is a national focus on gender equality. True gender equality cannot be achieved without equal representation in the decision making process,” says the Special Envoy.

The statement ends by saying that it is the hope the Special Envoy to see more women actively participating in politics and that there is a corresponding public support for women’s participation.