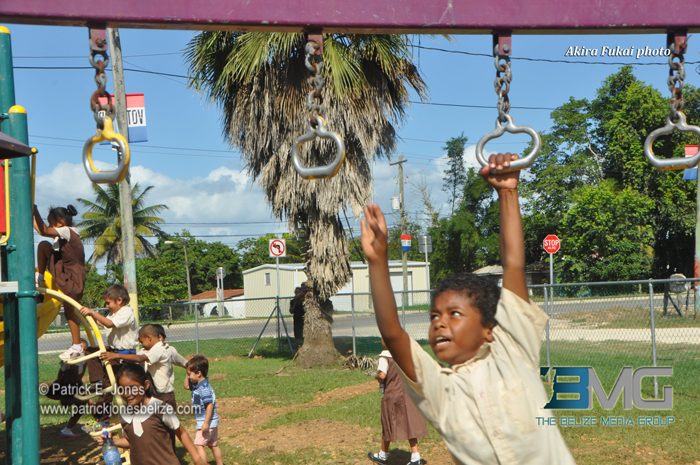 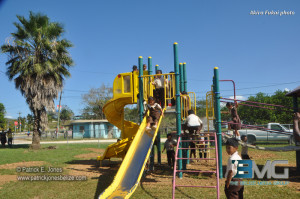 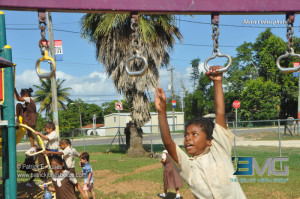 The installation included see-saw, swing-set, a circular slide and monkey-bars.

The sound of excited children at play filled the park on a bright, sunny afternoon, following the official speeches and ribbon-cutting.

Guest speaker at the inauguration was Mayor-designate of San Ignacio/Santa Elena Earl Trapp. 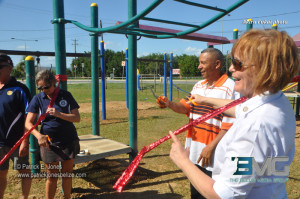 In his address to the gathering, Mayor-designate Trapp said that the twin towns of San Ignacio and Santa Elena are blessed with beautiful landscapes, rich natural resources and a vibrant mixture of rich cultures.

It is important he said, that we recognize the value of our resources and more significantly that we teach our children to value them.

Being an ardent advocate for parks and playgrounds himself, Mayor-designate Trapp says these public spaces are places where children can explore their imagination, develop social skills and embark on their athletic potential. 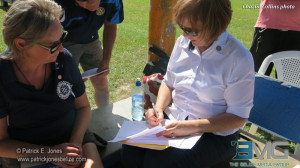 In her address, the president of the Jasper playground committee Libby Weir said that for her and her group, it is a great honor to be Rotarians and to be able to help people in other parts of the world.

She used the Rotary 4-way test to drive home the organization’s motto of service above self saying that this playground renovation is exactly what the spirit of the 4-way test exemplifies as it brings benefits to all concerned.

President of the San Ignacio Rotary Club Sheree Fukai noted that for years the Club has been involved in educating our youths and that playgrounds are a part of that education initiative. 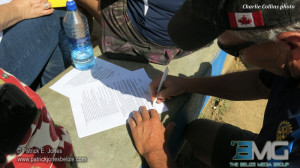 And so without apologies, Fukai said she begged for playground equipment and when a positive response came from the Canadian group, it was in answer to those many requests.

Fukai also explained that the old playground equipment that were taken down from the park will be refurbished and installed in another place where no such equipment is available to the children.