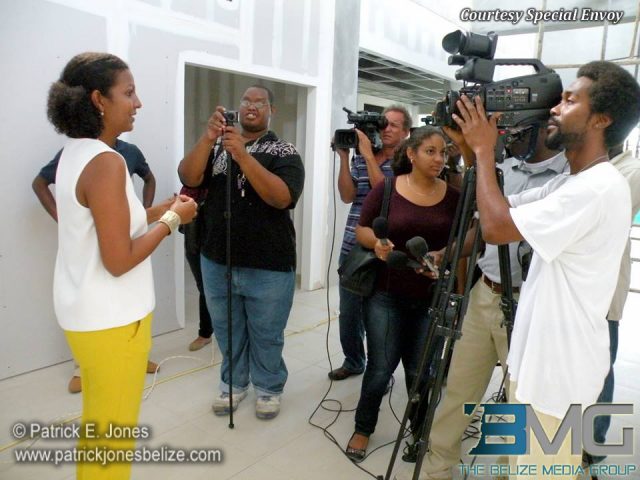 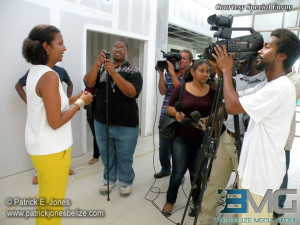 Thursday, March 12, 2015. AARON HUMES Reporting: Ever since the tragedy of the 13 babies who died at the Karl Heusner Memorial Hospital (KHMH) between February and May of 2013 the hospital has been focused on improving its services to ensure nothing of the kind ever happens again. 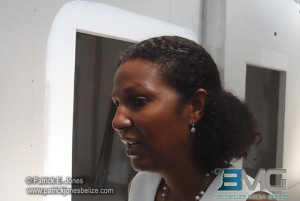 Kim Simplis-Barrow and the project team today led the press through the halls of the new NICU/PICU addition to the hospital, which will not only cater to the little ones but also to their parents and loved ones.

There are separate quarters for visiting male and female parents complete with kitchenette and bathroom in the dormitories so that they can stay overnight when needed.

Fundraising continues for special equipment to be installed in the unit.

The key feature of the units is space and lots of it.

The PICU contains six separate beds with monitoring stations nearby and the NICU is divided into three levels, with the most critically ill children in level 1 with eight beds, next stage level 2 with eight beds as well and the final stage level 3 with six beds.

There are separate doctors’ and nurses’ quarters and for the first time, a special isolation and quarantine unit for infectious and communicable diseases.

Project contractor Javier Gutierrez tells us the materials used to build the wing are inspected and approved and pose no threat to the safety of the young ones who will occupy it.

The KHMH maintains a much smaller NICU/PICU in the main compound of the hospital which was recently revamped.

It settled with five families for an undisclosed amount last year to resolve the May 2013 cases.