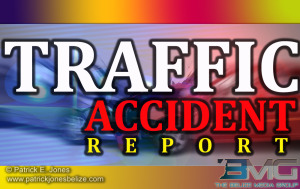 The victim has been identified as 47 year old Faustino Orellana.

Police say that their initial investigation reveals that Orellana was knocked down by an SUV as he rode his bicycle at mile 45 on the Southern Highway.

The diver of the SUV told police that he was heading towards Trio Village when Orellana who was riding in the same direction, suddenly swerved into his lane and a collision could not be avoided.

Orellana was taken to the Independence Polyclinic where he was pronounced dead on arrival.

The driver of the SUV has been served with a Notice of Intended Prosecution.