Ministry of Forestry and Fisheries to address ship groundings 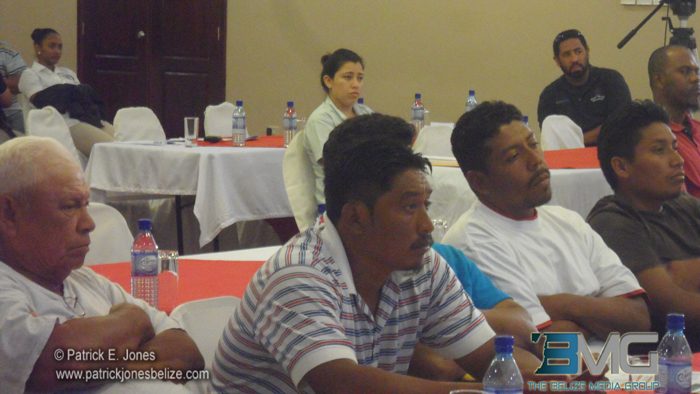 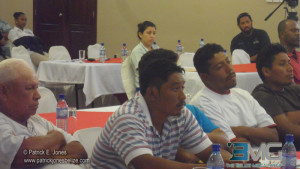 It has dual goals in putting in place structures to ensure continued protection for marine protected areas and ensuring that those who benefit from use and enjoyment of those areas are educated on the dangers of climate change and given means of sustaining their lifestyles without further damage to precious natural resources.

A US$5.53 million grant has been awarded to Belize from the World Bank’s Adaptation Fund for the program, which seeks to implement priority eco-system-based marine conservation and climate adaptation measures to strengthen the climate resilience of the Belize Barrier Reef system.

To do that, the local Ministry of Fisheries, Forestry and Sustainable Development hosted key stakeholders ranging from fishermen in the affected communities to NGO’s and other organizations actively working in the field at a project inception workshop in Belize City.

Representing the World Bank, senior environmental specialist Enos Esikuri noted that with climate change now an accepted fact, there is a shift going on in the view of the problem as more of a development issue than an environmental one.

According to Eskuri there has been a shift from an agriculture-based economy to a service-based economy with tourism as a primary focus – but the marine resources in Belize’s seas and rivers are integral to the success of that model. Belize also has to pay attention to the intensification of weather systems and how the Reef protects Belize’s fragile coast and communities.

Project Coordinator Sandra Grant says that of the three components to the project – upgrades to existing protected areas in Corozal, at Turneffe Atoll and in South Water Caye off Placencia, developing community based business ventures in aquaculture, agriculture and tourism and raising awareness on the impact of climate change and developing and exploring climate resilient strategies – it is the second one that she expects will have the most impact. Fishermen and other stakeholders will be able to take advantage of new strategies for economic benefit such as seaweed planting and diversification of business into value-added products.

Corozal Bay Wildlife Sanctuary, Turneffe Atoll Marine Reserve and South Water Caye Marine Reserve will have installed various features to assist in protection of their native marine and coastal ecosystems including coral nurseries for the latter two. As Chief Executive Officer in the Ministry of Forestry, Fisheries and Sustainable Development Adele Catzim-Sanchez explains, the MCCAP project will work well together with similar ongoing projects.

Each of the components has its own budget and will be pursued simultaneously with each other. The Government of Belize contributed US$1.78 million in in-kind contribution. Approximately 203,000 Belizeans live in coastal communities including Belize City and the towns of Corozal and Dangriga, as well as the fishing and tourism villages of Sarteneja, Hopkins, Sittee River, Seine Bight and Placencia.