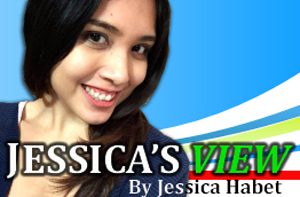 The public expects the ritualistic mudslinging across the floor.

I have begun to listen for particularly witty comments to combat the increasing frustration felt when tuning into the meetings.

What is this plague that reduces our leaders to squabbling friends? Is this the level of debate we should expect from the most powerful people in our country?

From the men and women who decide how our resources are allocated?

Angela Merkel, the Chancellor of Germany, is appropriately called the most powerful woman in the world.

She has interacted with some of world’s most notorious leaders – Putin being one of them. Merkel is terrified of dogs; Vladimir Putin is aware of this fear.

When he met with Merkel, he welcomed his large dog into the room.

After the meeting, Merkel commented, “I understand why he has to do this — to prove he’s a man. He’s afraid of his own weakness. Russia has nothing, no successful politics or economy. All they have is this.”

In describing Merkel’s rise to power, George Packer explained, “In a country where passionate rhetoric and macho strutting led to ruin, her analytical detachment and lack of apparent ego are political strengths.”

That country of “passionate rhetoric and macho strutting” should sound awfully familiar because it succinctly describes the country we call home.

The thin-skin macho syndrome is plaguing the political landscape in Belize.

Our leaders reveal less interest in the public welfare and more interest in polishing their egos on the national floor.

Tune into any house meeting and you will be stung by the thin-skin macho.

As of now, there are no over-the-counter ointments to ease the burn.

May we no longer allow machismo to dictate the development of our country.