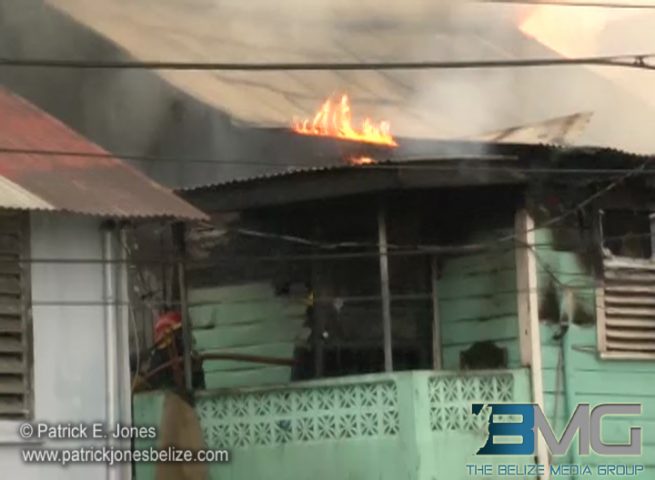 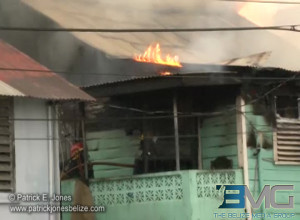 Thursday, March 19, 2015. AARON HUMES Reporting: A late evening house fire in Belize City on Wednesday caused severe damage to the residence of two families and the business of one of them.

Police and fire officials responded to a house fire in progress at #144 A Allenby Street around 4:25 p.m. and spent the next hour and a half putting the flames out.

Fire officials are still gathering details but we understand that the fire may have started in the upper flat and quickly spread, although the lower flat was spared direct fire damage.

The fire was quick and concerned neighbors were prompted to remove their own household goods for fear of further spread.