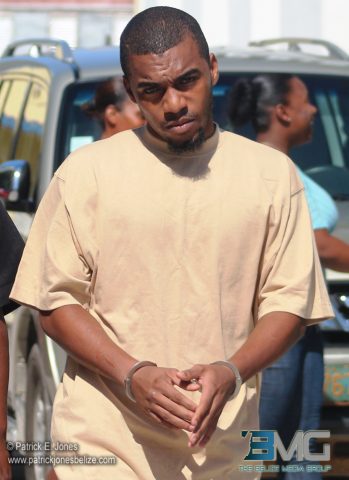 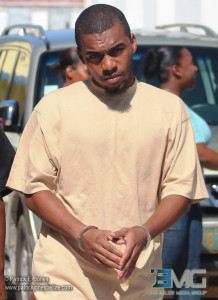 Friday, March 20, 2015. AARON HUMES Reporting: Justices Samuel Awich, Dennis Morrison and Christopher Blackman have reserved judgment until next Friday, March 27, on the case of 23 year old Akeem Thurton, convicted in March of 2012 in the first ever trial of a murder charge heard by a judge alone – in this case Chief Justice Kenneth Benjamin – without a jury present.

Thurton, along with the late Ricky Valencia was accused of the sensational shooting of senior attorney Rodwell Williams outside his law firm Barrow and Williams on May 31, 2010.

That incident, in which Williams was shot in the abdomen by two assailants and survived five surgeries in Belize and the United States, prompted a shift in how the Government handled the situation of crime in Belize, touching as it did the law partner of Prime Minister Dean Barrow.

A few months later, after the Chinese community had marched through the streets demanding justice for the deaths of two Chinese female shopkeepers, the Barrow government passed amendments to the Indictable Procedure Act and Juries Act allowing for trial by judge alone, without a jury, on serious major crimes such as murder and attempted murder.

Valencia and Thurton were selected as the first accused to be tried without a jury.

The trial continued after Valencia was himself shot and killed in February of 2012, and Thurton had no representation in court, which is now a major plank of his case on appeal.

Chief Justice Benjamin found Thurton guilty and sentenced him to 15 years in prison.

Thurton, represented by attorneys Nancy Anderson and Brian Neal, presented twenty grounds of appeal ranging from charges that the amendments to the law are unconstitutional and prejudice the right to a fair hearing, were improperly applied to his case as it took place before they were passed, various errors of procedure by the trial judge, and a severe sentence in light of no previous convictions and the young age and otherwise good character of the accused.

But the primary plank of the case is why Thurton was unable to properly defend himself against the charge because he was unable to get legal representation, partially due to Williams’ outsize reputation with the Bar, and then effectively left to fend for himself at trial.

Anderson submitted that the judge could have done more, because Thurton’s understanding did not keep pace with his age and he had never been in a court before, meaning several pertinent questions about events of May 31, 2010 were not asked, or asked improperly, hampering the defense.

In reply to Anderson and Neal’s submissions Director of Public Prosecutions Cheryl-Lynn Vidal submitted that there was no reason to delay the trial because Thurton had ample opportunity to get himself a lawyer and up to three weeks before the trial started had pursued various avenues including the Legal Aid Office.

She also noted that at trial the teenager, no expert in the law, asked limited questions and stuck to his main ground: that Valencia, and not him, shot Williams.

She also pointed out that the concept of joint enterprise did not apply because the Crown pointed to Thurton, not Valencia, as the shooter and that Thurton’s allegation that he was invited to go “shoot a lawyer” is not by itself inferred as intention to kill.

The conduct of the identification parade at which Williams identified Thurton was also questioned, as Thurton alleges that he was beaten and forced to participate in the parade and that Williams was coached as to who to identify, a charge the police deny.

Anderson says she was drawn to this case due to her standing reputation as a defender of human rights, having appeared in cases such as the Shanique Myrie case in Barbados and many in Jamaica, as well as work with the Death Penalty Project.

Thurton’s family was present in court but deferred comment until the case is concluded next week.