Two Men dressed in BTL uniform made away with over 7 thousand dollars; BTL responds with a press release 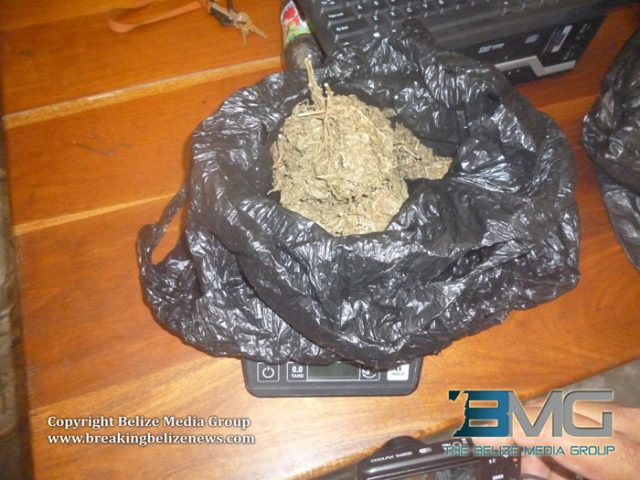 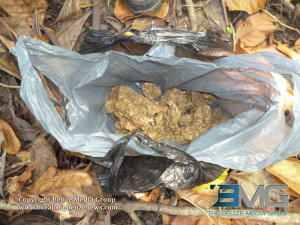 Friday, March 27, 2015. BMG: Police in Placencia are again reporting their successful drug operations as they prepare for Easter Activities on the peninsula. 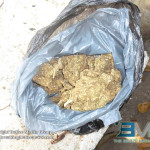 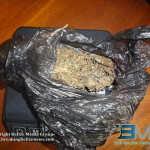 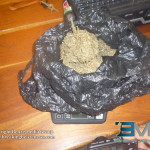 Earlier this week, police conducted Anti-Drug Operations in Seine Bight and Placencia Villages which yielded a combined total of 1,362 grams of cannabis.

On Tuesday 24th March 27, 2015 about 11:30am while on Foot Patrol on the Side walk in Placencia Village, police’s attention was drawn to an adult female namely Shirley Garbutt who at the time was wearing a brown blouse and a blue short pants, and holding a brown medium size sling bag and upon seeing the police began acting suspiciously. 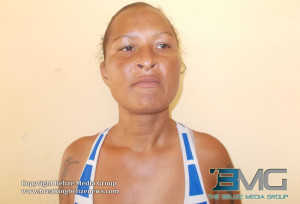 She was approached and informed of the police’s suspicion and a search was conducted inside the brown sling bag the she was holding.

The search led to the discovery of (2) black plastic bags, each contains green leaf substance suspected to be Cannabis. 35 year old Shirley Garbutt, a Belizean Domestic of Placencia Village was informed of the offence Committed, cautioned, placed under arrest and was escorted to the Placencia Police Station.

The suspected Cannabis was weighed in her presence which amounted to 136 grams.

She was subsequently charged for Drug Trafficking. 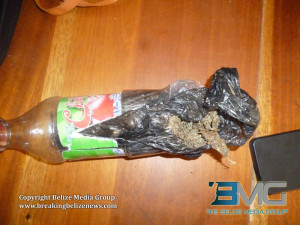 The following day, on Wednesday, March 25th., 2015, at about 4:45 am on the strength of a search warrant, police conducted a search at the residence of Francis Baltazar located near the lagoon in Seine Bight village, where Police found 2 transparent bottles containing suspected cannabis.

The contents of both bottles were weighed separately in his presence which amounted to 33.5 grams and 73.5 grams of suspected cannabis respectively.

As a result police arrested and charged 54 year old Francis Baltazar for the offence of Drug Trafficking. 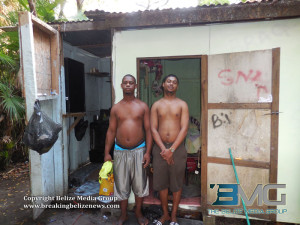 A few hours later at 8 am, based upon the strength of a search warrant, police conducted a search at the residence of brothers Akeem and Rudulph Tejeda in Placencia Village.

Whilst conducting search in the ceiling of the room a small amount of green leafy vegetable substance suspected to be cannabis was found. Both persons were informed of the offence committed and were cautioned.

A search in the yard of the said residence with the K-9 resulted in the discovery of a black plastic bag found tucked under some leaves.

The bag was opened in the presence of both persons and green leafy vegetable substance suspected to be cannabis was observed in the bag.

A further search led to the discovery of another black plastic bag on the roof of the bathroom which contained suspected cannabis.

Both persons were informed of the offences committed and were detained.

The drugs were taken to the Placencia Police Station where they were weighed and the small quantity amounted to 0.9 grams.

Both 22 year old Akeem Jovan Tejada and 23 year old Rudolph Tejada Jr. were jointly charged for Possession of Controlled Drugs for the 0.9 grams and Drug Trafficking for the other two amounts combined, totaling 768 grams. 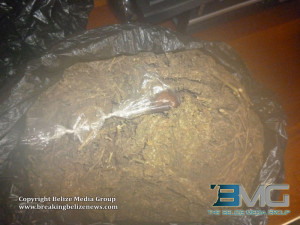 Two separate abandoned lots were also searched and in the first lot in Seine Bight Village police discovered a Juice bottle in some bushes containing green leafy vegetable substance suspected to be Cannabis.

It was weighed amounted to 107 grams of Cannabis.

No one was found in the area.

It was labeled as found property. Police searched a second lot on the south side of Placencia Village and found a black plastic bag in some bushes containing green leaf vegetable substance suspected to be Cannabis.

The suspected drug was weighed and amounted to 235 grams.

No one was in the area at the time, so the drug was labeled as found property.