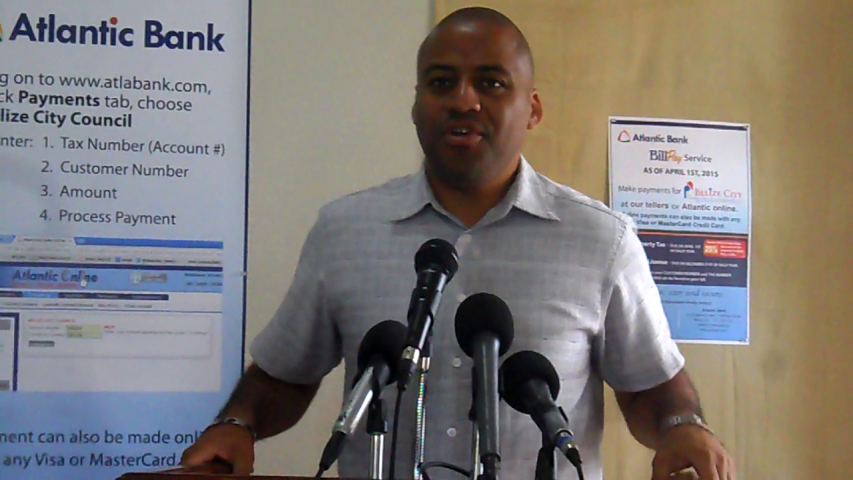 Wednesday, April 1st 2015. Aaron Humes Reporting.  It has been several months since more than 175 former workers of Belize Maintenance Limited (BML) joined the Belize City Council to continue their employment after months of wrangling. The Belize Waste Control maintains quite busy extracting its pound of flesh from the Council for many years on the ignored and unpaid judgments. Today Belize City Mayor Darrell Bradley declared that it is all over but for actual final payments. But first, he discusses the transition of the workers, noting that while it has worked out so far, the lethal cocktail of ingredients can still spell disaster for his nascent second term.

Bradley explained that the Council must straddle a thin line with regard to meeting expenses for the workers from funds which continue to be hit-or-miss depending on time and season. Currently the Council is subsisting from a contingency fund filled with savings from the “time of plenty” at City Hall.

The Council’s bi-weekly wage bill is $310,000, and it also pays for equipment and other expenses. The Central Government had agreed to meet part of the wage commitment but there has been no indication of if that has ended or when it will end. As for the final judgments Bradley says the two sides have come to an honest agreement and the threats shortly before election of crow-footing Council assets have been dropped. The Council has paid outstanding arrears dating back to last year and last week made an agreement to pay $15,000 per week toward an outstanding judgment for BML.

The agreement, says Bradley, represents a yoke removed from the Council’s neck.

In related Council financial news, Bradley says the Council has finally heard from auditors Castillo, Sanchez and Burrell about the incomplete 2013 financial audit for which the Council was hammered before the election. That report is due next week and expected to be available for public perusal thereafter