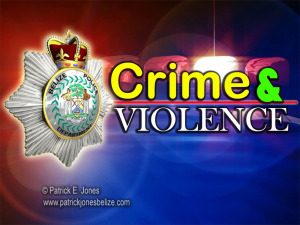 Wednesday, April 1, 2015. Aaron Humes Reporting: Nineteen year old Shakir Perrera, a resident of Jane Usher Boulevard, was sentenced to 10 years today by the Chief Magistrate, Anne Marie Smith after he was found guilty of kept firearm and ammunition without a gun license.

Perrera was sentenced to 5 years for each offense with the stipulation that the sentences are to run concurrently, so he will only serve 5 years.

Perrera was busted with a Beretta pistol containing 8 rounds of ammunition in its magazine on the morning of January 18, 2014.

Perrera was on Collet Canal Street near to Finnegan Market when he was approached by two police officers, constable Blades and Inspector Jemmott, who were on mobile patrol. Both officers testified that when they searched Perera they found the firearm in the pocket of his pants.

Perrera testified and claimed that Jemmott planted the firearm on him. But Chief Magistrate Smith did not believe his version of the incident and she found him guilty.