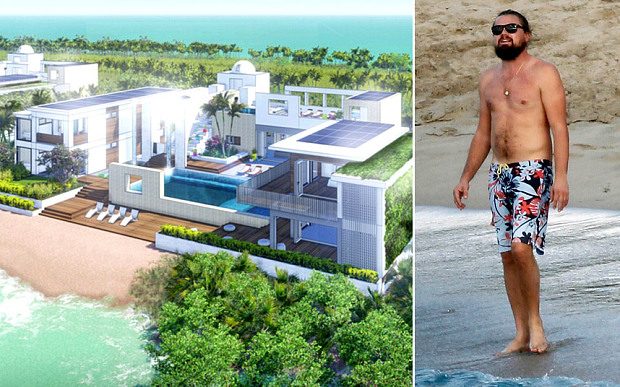 Saturday, April 4th 2015. Aaron Humes  Reporting: Best known for a star-making turn in the 1997 film “Titanic”, winner of two Golden Globe Awards and four-time Academy Award nominee 40-year old actor Leonardo DiCaprio is also a committed environmentalist, and this week he announced plans to turn his privately-owned Blackadore Caye located 15 minutes southeast of San Pedro Town and about half an hour from Belize City into an eco-conscious luxury hotel.

The 104-acre property was purchased in 2005, not long after DiCaprio first visited Belize, and he is now in partnership with a New York City-based development firm to build what he calls a “restorative” island resort that will combine the highest of luxury with a focus on sustaining the local environment.

The New York Times reports that almost 45 percent of the island will be designated a conservation area. The resort will be built on the remainder, using “as many native materials as possible, and the developers hope to rely on local laborers, who will be trained in green-building techniques.” 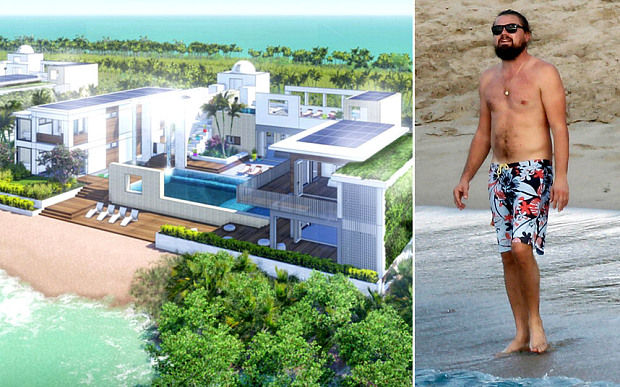 DiCaprio says he wants to change the world starting in this corner of the Jewel, telling the Times, “I couldn’t have gone to Belize and built on an island and done something like this, if it weren’t for the idea that it could be groundbreaking in the environmental movement.” The noted scuba diver proclaimed that he was “in love” with Belize’s natural wonders and culture, and added that he wanted to show what was possible in environmental building, saying that the resort, which is planned to open in 2018, must not only enhance and improve the environment but be a model for the future, including restoration of mangrove and palm trees cut down for use in nearby Ambergris Caye; creating conservation areas where we can hold research conferences, and regenerating the entire ecosystem to bring it back to its original form and beyond.

DiCaprio’s main partner is the Delos firm which operates Restorative Islands LLC, which will build the resort and Restorative Hospitality which will operate it. There will be sixty eight guest villas built to access nearly a mile of secluded beach, grassland and jungle. 48 of these will be exclusive with price tags ranging from $5 to $15 million.

The island has suffered from overfishing, an eroding coastline and the deforestation of its mangrove trees, and the hotel’s partners mean to put it back to rights.

The villas for guests on Blackadore Caye Restorative Island Resort will be built atop a massive platform that stretches in an arc over the water, with artificial reefs and fish shelters underneath. A nursery on the island will grow indigenous marine grass to support a manatee conservation area, and mangrove trees will be replanted, replacing invasive species. A team of designers, scientists, engineers and landscape architects, some of whom have spent more than 18 months studying Blackadore Caye, will monitor the resort’s impact on its surroundings.

There is no word on any design plans or efforts to obtain environmental clearance from the Department of the Environment and the National Environmental Appraisal Committee.