Build Back Our Democracy With Local Autonomy 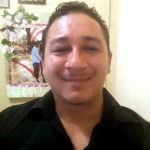 Cronyism is the dapperly dressed brother of corruption. He is a sneaky fellow, for often times it is hard to identify his actions as cronyism.  It has been well established that the Government of the day help those they consider supporters and sponsors of the party, in an animal-farm hierarchy system.

However cronyism immediately poses a problem to democracy:  it encourages those in charge of the rules of that system to change those rules when it does not work for them, which ultimately erodes transparency and accountability, and increases cronyism.

An almost perfect example of this fact, is what have become common place and pretty much institutionalized in Belize, and that is Caretakers, or as  I call them – appointed Area Representatives.  When these people are appointed by the Government, the democratic process and the democratic and constitutional rights of Belizeans are directly circumvented.  The appointment of a Caretaker normally happens when the people in a particular constituency votes for an Area Representative of the opposition party.  Since the party that controls government do not want to work with an opposition member, they simply appoint a Caretaker.  This practice has been a significant contributing factor in the division and built-up of animosity among the Belizean people, as well as wide spread cronyism, and the erosion of our democracy.

In my three years as an independent Chairperson of Placencia Village I have learned what is wrong with our system and why there are so little progress in rural communities across Belize, and how daunting and devastating Ministerial Discretion is, and how it erodes our democracy.  This system exists to assert and gain control of the ultimate power in Belize, and that is to “win elections” and gain control of parliament.

This is where the National Association of Village Councils (NAVCO) need to assert its power and influence, and stand up for and defend rural communities from Central Government’s continued centralization of power.  I had the privilege of sitting on the NAVCO Board for 3 years (2010 – 2013) and the NAVCO board was politically manipulated and undermined at every turn.  I concluded that the reason this was done, is due to the fact that Government understands the potential power of NAVCO and wanted to pacify and inhibit this organization from reaching its true influential potential.  You have to remember that NAVCO represents over 191 villages in Belize, and in those villages over 60% of the population of Belizeans live and raise their families.  Yet, most villages have to beg on their hands and knees whenever they want something.  This creates a system of dependence, and Government can and use that to easily manipulate villagers when it comes time to “win elections.”

NAVCO’s Mission: is to be a collaborative umbrella organization representing the Village Councils of Belize, committed to ensuring the rights and responsibilities of Village Councils through relevant advocacy and services that will enable them to fulfill their mandate.

NAVCO’S Vision: A sustainable human development of all rural communities in Belize.

NAVCO’s Objectives are:
1. Rural leaders’ capacities to effectively address the needs of the communities, are improved.
2. The Village Council Act is recognized and respected by the Government of Belize and the general public.
3. Services to the rural communities are delivered effectively and equitably.
4. The financial and legal sustainability of NAVCO & DAVCOs are ensured.
5. Economic and social programs and projects are identified, developed, and implemented in the rural communities

For NAVCO to fulfill its mission, vision and objectives, they need to actively lobby for more autonomy for rural communities, by: