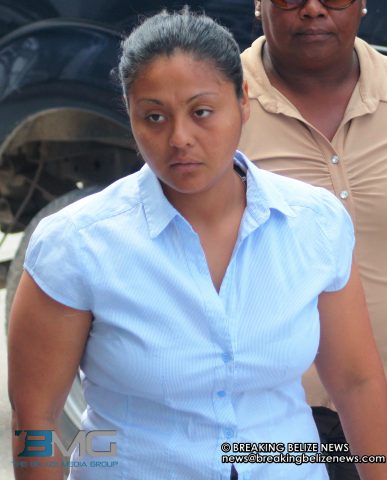 Tuesday, April 7th 2015. Aaron Humes Reporting: 26 year old officer of the Belize National Coast Guard Keyren Tzib has been charged with the attempted murder of fellow officer Kurt Hyde, 37, of Ontario, Cayo District. Petty Officer First Class Hyde is reported to be stabilized but still in critical condition after being shot in the face around 9:42 a.m. on Easter Monday, April 6. According to police a team of members of Belize’s law enforcement authorities – police, Coast Guard, Belize Port Authority and Belize Defense Force were coming into the Coast Guard’s base at Mile 4 1/2 on the George Price Highway, reportedly from a mission in the area of Sarteneja, Corozal District. 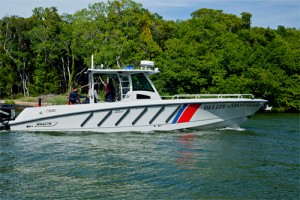 According to our sources they picked up two unidentified officers who were assigned to San Pedro Town and were reportedly being brought in to answer to disciplinary charges. However, as the vessel captained by Hyde was preparing to dock, a single gunshot was fired and Hyde was thereafter seen on the ground with a wound to his neck. Tzib was reportedly seen with an M-4 carbine in her hand and police recovered a 5.56 expended shell used in such weapons from the scene. Hyde is now in treatment at the KHMH.

Superintendent of Police in charge of Criminal Investigation Branch at Eastern Division, Hilberto Romero, says police continue their investigation to establish a motive for the incident. He said that as part of their investigation they will review prior incidents in which officer Tzib is alleged to have used a weapon on a colleague.

We understand that the accused shooter was suspected of being mentally unstable but remained on duty after a medical board declared her fit to continue working, earning the ire of fellow officers. The suspected shooter is alleged to have previously pulled her weapon on several fellow officers but not in circumstances that warranted dismissal. 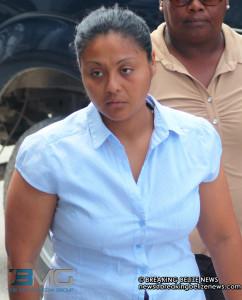 Officer Tzib appeared today before the Chief Magistrate, Anne Marie Smith and was also charged with dangerous harm and use of deadly means of harm. She was remanded into custody until July 2. She has retained Audrey Matura-Shepherd as counsel. Matura-Shepherd said her client plans to apply for bail at the Supreme Court and warns that it is not fair to her client to have the case tried publicly, with allegations of leaks from within the Coast Guard painting Tzib in a negative light.