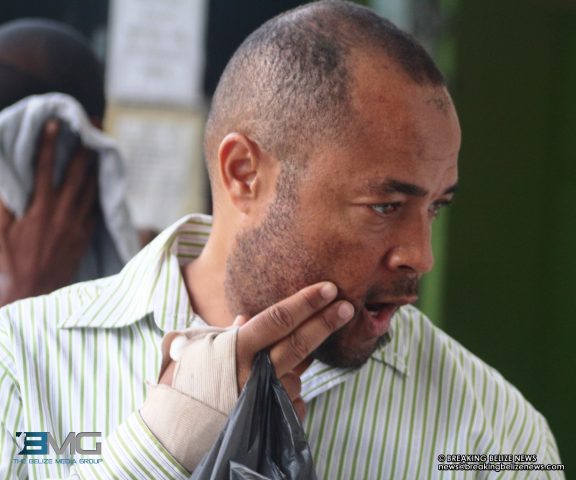 Tuesday, April 7th 2015. Aaron Humes Reporting: Last week 20 year old Guatemalan national Jose Jonathan Maderos was chopped to death at his Kut Avenue home following an argument with his stepfather, 42 year old Patrick Castillo Sr, a security guard. Today he was charged with Jonathan’s murder and the wounding of his 13 year old stepdaughter Linda Maderos before Magistrate Ladonna John. Castillo was remanded into custody until his next court appearance on June 8. Just before 9:00 p.m. on Wednesday, April 1, according to court documents, Castillo was closing the front door of his house and Jose arrived and demanded that he open the door. Castillo refused and Jose forced his way in. An argument ensued between them and Jose punched Castillo in his face. Castillo then armed himself with a machete which he used to inflict the injuries to Jose. Linda tried to intervene on her brother’s behalf and she was chopped on her arm.